Italian Minister of Foreign Affairs and International Cooperation, Paolo Gentiloni, together with NATO Secretary General, Jens Stoltenberg, today are the key-speakers at a conference on "NATO Cooperation with Partners in the Mediterranean and Middle East". The event marks the 50th anniversary of the relocation to Rome of Nato Defense College (NDC) and the 65th anniversary of its foundation.

The conference, addressed to the North Atlantic Council ( NAC), the Military Committee (MC), the Senior Course 129 trainees and other NDC guests, discussed issues regarding NATO cooperation with Mediterranean and Middle Eastern countries from a three-tier perspective of NATO, Italy and the region.

In conjunction with this event, NDC alumni will hold their annual conference and seminar focusing on  "Projecting Stability and Nato cooperation with Partners in the Mediterranean Area and Middle East". 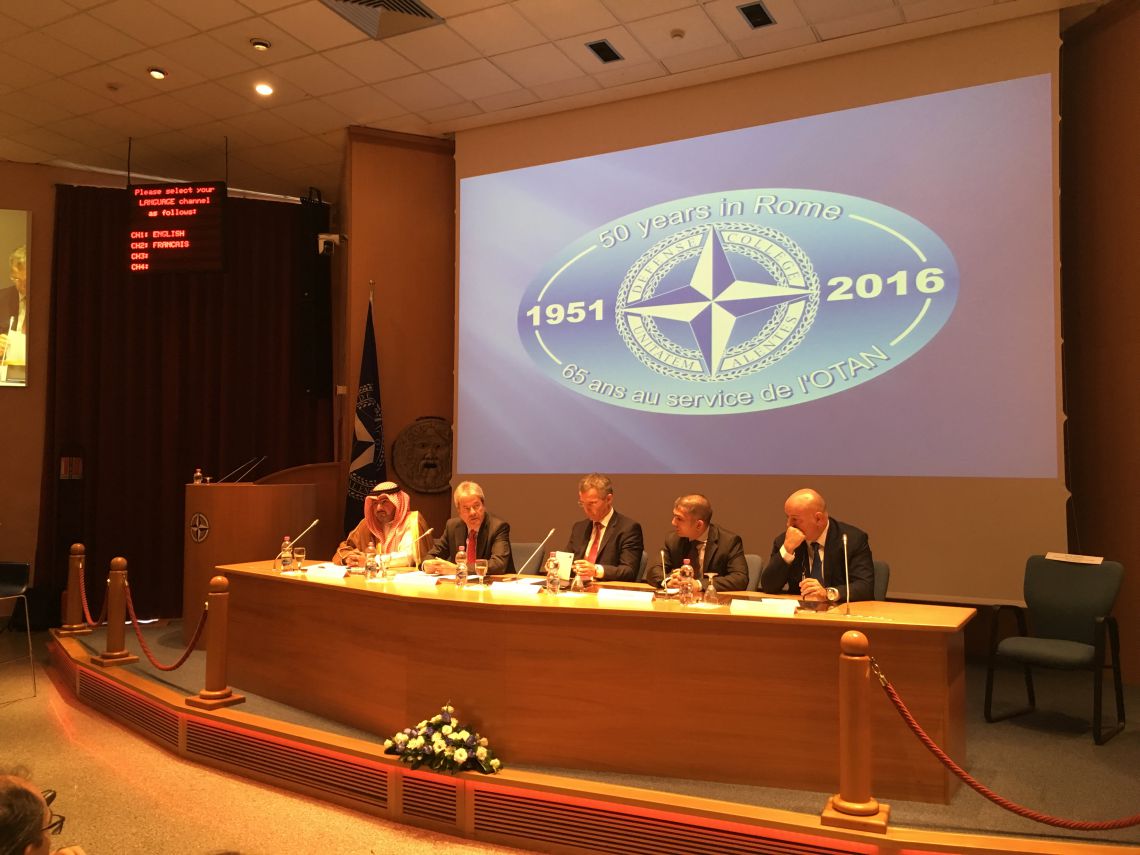