In 1987, “A Room with a View” won three Oscars for Best Adapted Screenplay, Best Costume Design and Best Production Design.

Thirty years later, on 28 March at 6:30 p.m., the Italian Cultural Institute in New York hosts an evening with director James Ivory. The debate will also be extended to professors and authors André Aciman (distinguished professor at the Graduate Center of New York City University, where he teaches History of Literary Theory) and Antonio Monda (director, essayist, and professor at the New York University's Tisch School of the Arts; art director at the “Festa del Cinema” of Rome and of the Le Conversazioni literary festival; co-founder and curator of Open Roads/New Italian Cinema at the Lincoln Center).

Italian film director Luca Guadagnino based his film “Call Me by Your Name” on the novel by the same name by André Aciman, and presented it at this year’s edition of the Sundance Festival, with a screenplay co-authored by him, James Ivory and Walter Fasano. 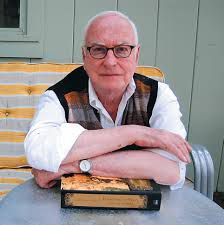