Forty years have elapsed since the death of Maria Callas on 16 September 1977, when “la Divina”, the most widely acclaimed opera singer in the world, passed away in Paris. Many are the initiatives worldwide to pay homage to the artist turned myth. In Managua, at 7:30 p.m. on Wednesday, 20 September, will host a concert organised thanks to the renewed cooperation between the National Theatre Ruben Dario, Nicaragua’s most important cultural institution, and the Italian Embassy in Managua. The programme includes the most famous opera arias sung by the great artist and features Rosa Pérez and Stefano Cresci, among others. Maria Callas – who was gifted with a very special voice that combined a unique timbre and a remarkable volume, as well as a great extension and nimbleness that enabled her to occasionally also sing as a contralto – contributed to the rediscovery of the Italian repertory of the first half of the 19th century (the so-called “Bel Canto Renaissance”). She specialised in the music of Vincenzo Bellini and Gaetano Donizetti, of whom she gave a personal dramatic interpretation (crucial were her interpretations of Norma and Lucia di Lammermoor) by rediscovering the 19th century vocality defined as canto di bravura, which she applied to all the repertories, to the extent that a new term was coined specifically for her: soprano drammatico d'agilità. 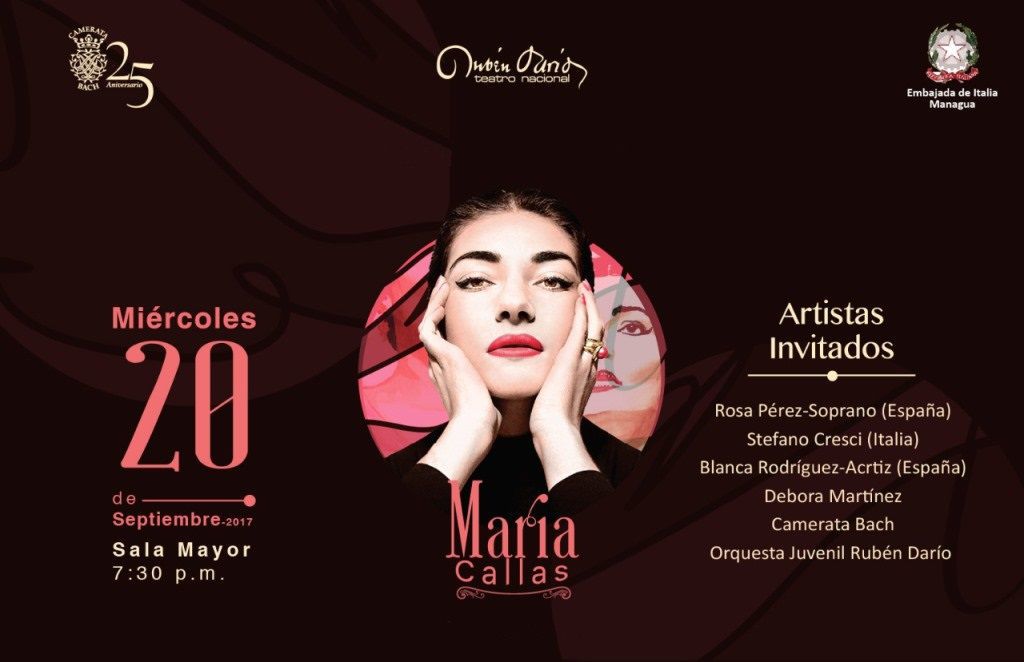