Italy’s national football team, in France for UEFA Euro 2016, took to the field in support of the Stefano Borgonovo Foundation in its fight against ALS (Amyotrophic Lateral Sclerosis). The autographed jerseys worn by the ‘azzurri’ in the first half of the friendly match against Germany, played in Munich last 29 March, were donated by the footballers to the Borgonovo Foundation and will be put up for a charity auction at 8 p.m. on Monday, 20 June at the Italian Consulate in Paris. “When I found out that there would be a friendly match between the two national teams in Munich last 29 March – said Chantal, Stefano Borgonovo’s wife – I had the slightly crazy idea to ask the players of our national team to autograph their sweaty jerseys and donate them for an auction. I contacted President Tavecchio, who has always been close to the Foundation and who immediately said he was willing to support me and invited me to the match. Then I called the captain, Gigi Bufon, and told him my idea. Frankly, I didn’t think it would work and instead Gigi talked to the team and I came back from Munich on the morning of March 30 with the jerseys in my suitcase. I want to thank again all the people involved in this wonderful story. Football can do things like this too.” On auction will be the jerseys worn by Buffon, Bonucci, Darmian, Acerbi, Giaccherini, Florenzi, Thiago Motta, Bernardeschi, Montolivo, Zaza and Insigne. The auction will be broadcast live and to participate, people must register at the link: 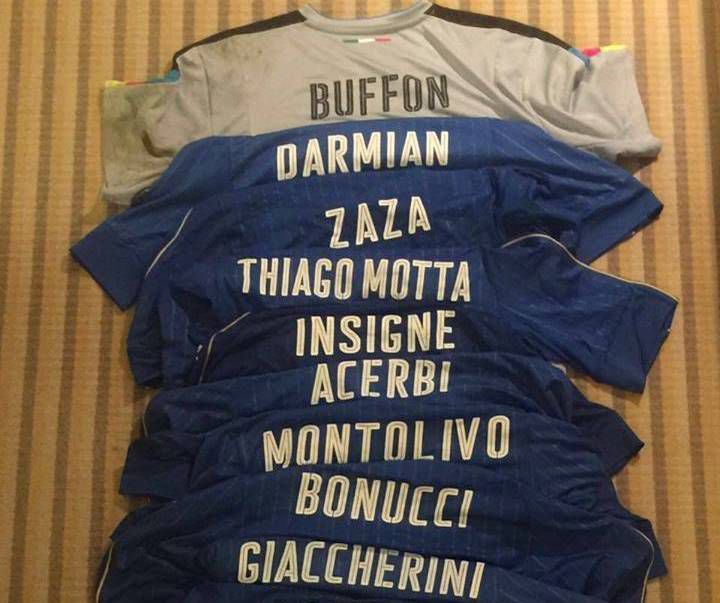