On Holocaust Remembrance Day 2017, which commemorates the 72nd anniversary of the liberation of the Auschwitz-Birkenau concentration camp, the Italian Cultural Institute in Madrid screened the film “Anita B.” Directed by Roberto Faenza and based on Edith Bruck’s novel “How Many Stars Twinkle in the Sky”. The screening was organised in conjunction with the Institute for the History of the Resistance and of Contemporary Society in the region of Biella, Vercelli and Valsesia, and the Centre Sefarad-Israel. Anita, an adolescent of Hungarian origin who survived Auschwitz, is taken in by her only relative that is still alive: Monika, her father’s sister who refuses to be called “aunt” and experiences her niece’s arrival as a burden. Monika lives in Zvikovez, a town in the Czechoslovakian mountains not far from Prague, with her husband Aron, their son Roby and Aron’s brother, the young and attractive Eli. In that village in the Sudetes Mountains, a territory previously occupied by Germany, the Nazis are forcefully repatriated and the survivors accommodated in their dwellings, creating an increasingly tense situation, especially with the advent of Communism. Anita is surrounded by men and women who want to wave off the past and dance, have fun, and secretly listen to the American songs transmitted by the Voice of America across the Iron Curtain. Anita dreams like all the rest but, unlike all the rest, she does not conceal her soul. 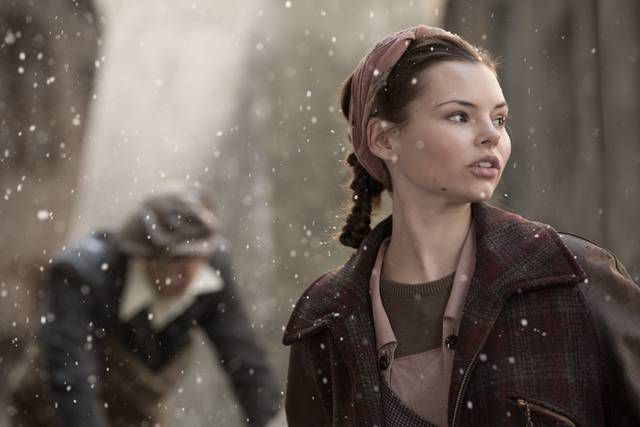