The very idea of cinema evokes art, emotions and feelings of wonder. But it also conjures up the  sparkling image of a festival.  "The Italian Film Festival," Portugal's most important event dedicated to Italian cinema, will run from April 6 to the 13 in Lisbon, marking its 10th edition. Organized by the 'Il Sorpasso' Association and the Cappella Underground of Trieste, with the cooperation and contribution of the Italian Embassy in Portugal and the Italian Cultural Institute in Lisbon, the Cinema Directorate of the Ministry of Cultural Heritage and Activities and Tourism - MIBACT, Istituto Luce, Anica and major local institutions, the Festival will take place in five different towns at the same time: in Lisbon, at the usual venues  - the Cinema São Jorge, Cinemateca Portuguesa - Museu do Cinema and Cinema UCI - El Corte Ingles, but also in Porto, Coimbra, Almada and Setubal. The Festival will then continue its course across the country touching 15 other towns, eventually landing in three Portuguese-speaking countries: Brazil, Angola and Mozambique.

The Festival will feature a selection of approx. 50 films, representing Italy's best contemporary, commercial and auteur productions. Many special guests are expected to attend. The programme is rich and includes: many national previews, six competing films, a Focus on Naples, a short film section, a traditional retrospective of great Italian filmmakers from the past, a special children's programme, a debate area and a parallel Event section featuring music and Italian cuisine. Many films will open nationally on the occasion of the Festival, such as Marco Bellocchio's "Sweet Dreams" (which will kickstart the Festival)  and "In guerra per amore" by Pierfrancesco Diliberto-Pif that will conclude the Festival (Mr Pif is scheduled to attend the event on 13 April).

The festival will also screen multi-award winning films such as "Perfect Strangers" by Paolo Genovese, "Something New" by Cristina Comencini, "La stoffa dei sogni" by Gianfranco Cabiddu, "Che vuoi che sia" by  Edoardo Leo and "The Confessions" by Roberto Ando'. Both Mr Leo and Mr Ando' will attend the screening of their films.  "Lasciati andare" by Francesco Amato will be the first preview screening of the film. 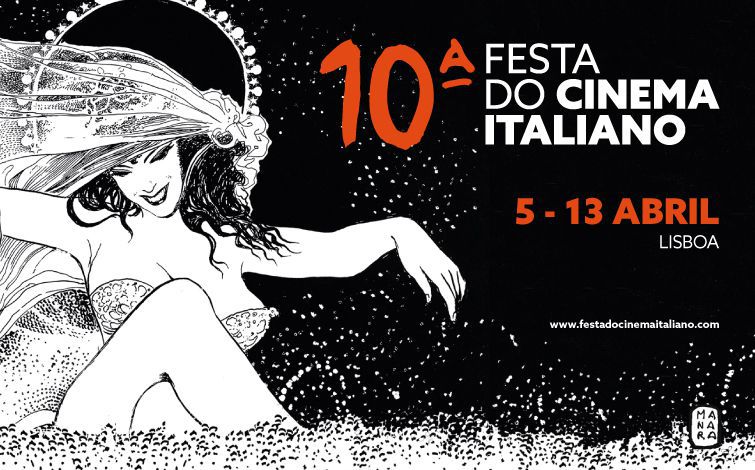