Presidency of the G7 - Workshop on measuring corruption

Within the framework of the Italian Presidency of the G7, the Farnesina is hosting today a workshop on how to measure corruption, co-organised with ISTAT, ANAC, the Ministry of justice and the Bank of Italy.

Foreign Minister Angelino Alfano explained: “Making a reliable measurement of corruption, in order to give the correct image of a Country – especially when perception-based ratings translate into a way of ‘ranking’ States – and to finetune policies to prevent and combat the phenomenon, has become a key topic of debate in the main multilateral anticorruption forums such as the G20, G7, OECD, UNCAC and the Council of Europe. The attempt to define composite indicators forms part of the international community’s effort to measure the progress made in the implementation of the sustainable development goals, of which combating corruption is an integral part.”

The workshop will be divided into two round tables: the first will focus on defining the dimension and scope within which to measure the phenomenon in a realistic and exhaustive way; the second will address the issue of measuring the risk of corruption in the light of developing anticorruption prevention plans and strategies.

Present at the workshop are experts from G7 Countries, including the representatives of National Anticorruption Regulators and the international organisations operating in this area, in addition to members of the judiciary, security forces, companies, legal experts, scholars and civil society organisations. 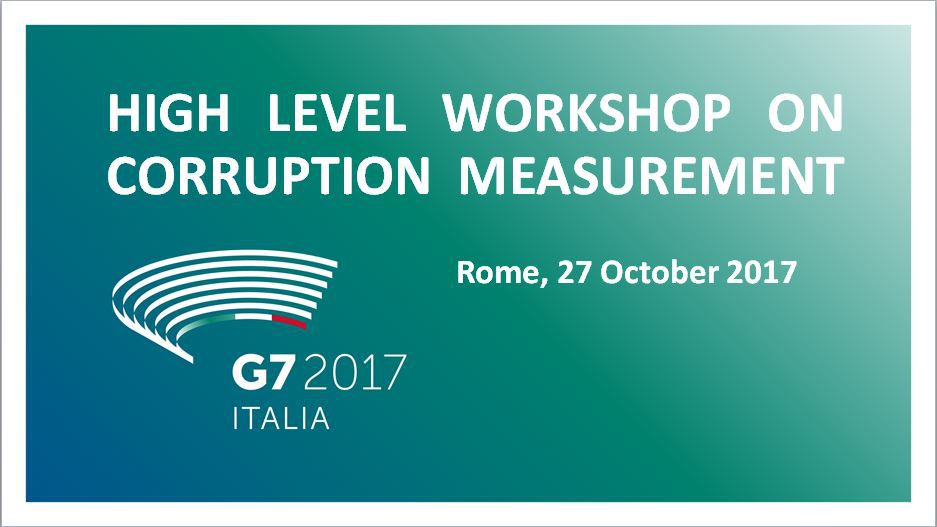