The Italian Cultural Institute in London to screen 1956 film "Together"

‎The Italian Cultural Institute in London will host the screening of the 1956 film "Together" by director Lorenza Mazzetti, during a special event, on Friday. The screening will be followed by a conversation with Robert Lumley, Cristina Massaccesi and Lorenza Mazzetti.
Born in a Waldensian family, Ms Mazzetti spent her childhood in Tuscany with her aunt Nina Mazzetti and her husband Robert Einstein and their two daughters. The traumatic killing of her aunt and cousins by the Nazis made her decide to move out to London, where she started working on filmmaking. She produced 'K' and subsequently 'Together', the latter received an award at the Cannes Film Festival in 1956. When she returned to Italy, she wrote 'Il cielo cade' (The Sky Falls), which won the Premio Viareggio award in 1962. It was followed by 'Diario Londinese' (London Diary), 'Mi puo prestare la sua pistola per favore?' (Can You Lend Me Your Gun, Please?) and 'Con rabbia' (With Anger). Ms Mazzetti currently lives in Rome, where she paints and writes.
Robert Lumley is a historian, co-curator of the Tate Cinema Programme, and a professor of the History of Italian Culture at the University College of London. Cristina Massaccesi attended UCL where he achieved a PhD in Italian Studies. She also has a Master's on "History of Film and Visual Media" from Birkbeck College London. 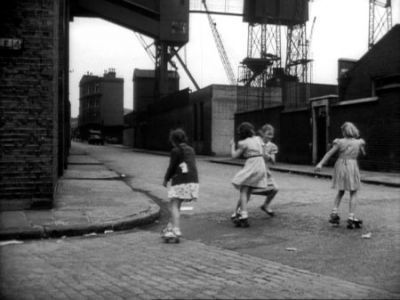