This South Korean maestro has a professional story that is deeply intertwined with the Italian musical experience: he was assistant to Maestro Giulini at the Los Angeles Philarmonic, he directed Italy's great orchestras - from the Comunale of Florence to the Accademia di Santa Cecilia of Rome (a tenure he held from 1997 to 2005) to the Scala of Milan and La Fenice of Venice.

Among his most important performances in Italy, we can mention the opening concert of the Auditorium della Musica in Rome and his direction of "Othello" at the Palazzo Ducale in Venice together with the choir of the  Teatro la Fenice. Recently, Maestro Chung directed the main concert at Expo Milan and the Filarmonica of La Scala di Milano at the Theatre of Taormina during the G7 Meeting under the Italian Presidency.

Conductor Chung has always promoted and supported charity activities, and last year's concert in Seoul was entirely devoted to raise funds for the victims of the earthquake that hit Central Italy.

In Korea Maestro Chung is a point of reference in the field of classical music, but he is also considered  a special testimonial of the strong relations between Italy and South Korea and the important role Italy plays in that respect. His words of thanks upon receiving the award spoke of his love and admiration for our Country. His deep-seated feelings of gratitude for what Italy has given him and the affection it bestowed on him make him look at Italy as his second home.

As further confirmation of  the special role Maestro Chung plays in the cultural world of his homeland, the Deputy Minister of Foreign Affairs of South Korea Cho Hyun attended today's ceremony. In the speech he delivered, the Deputy Foreign Minister highly commended the work Maestro Chung has done and his role as a bridge between Italy and Korea, thus contributing to the strengthening of the relations between the two countries. 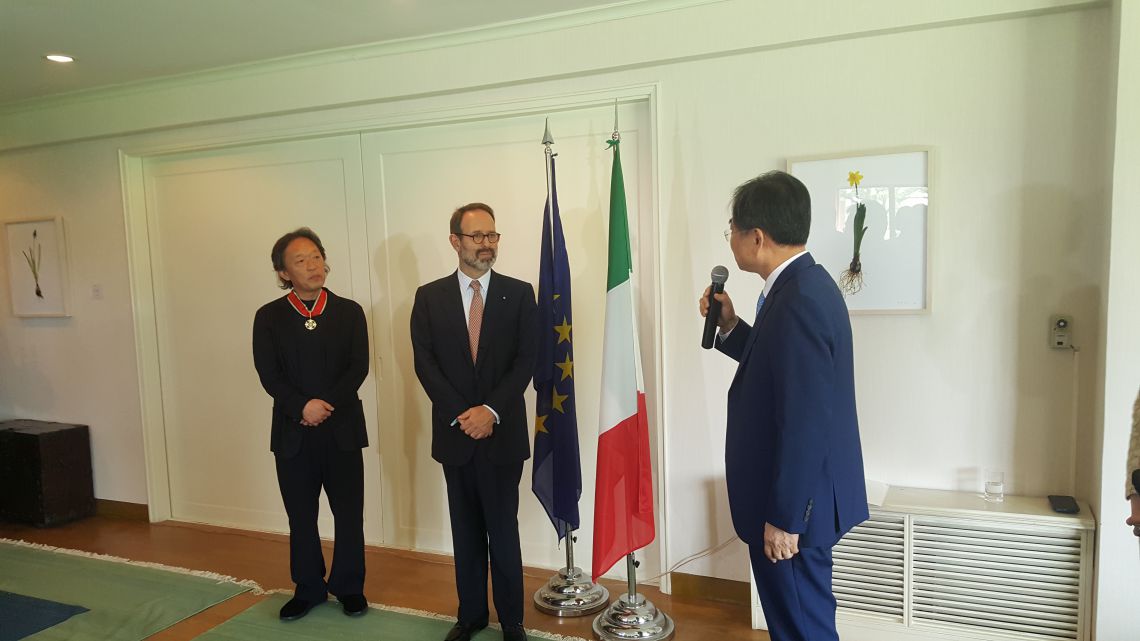