Science for peace in the Middle East

The international multidisciplinary laboratory SESAME, the acronym of Synchrotron-light for Experimental Science and Applications in the Middle East, was officially inaugurated in Allan, Jordan, on 16 May 2017. The facility is a third-generation synchrotron light laboratory comparable to a “CERN in the Mediterranean”.

The ribbon-cutting ceremony, celebrated by King Abdallah II of Jordan, was attended by the eight member Countries in this important common project such as the National Palestinian Authority, Cyprus, Egypt, Jordan, ​Iran, Israel, Pakistan and Turkey, in addition to the International Organisations CERN, IAEA (International Atomic Energy Agency), ICTP (International Centre for Theoretical Physics), APS (American Physical Society)  and the 16 Observer Countries, including the United States, Germany, Great Britain, China, Russia, Japan and Italy. Indeed, it is thanks to the intuition of Italian physicist Sergio Fubini, that the idea arose in 1995 to set up a laboratory based on scientific and technological cooperation among Middle Eastern Countries. Ever since then Italy, aware of the importance of science diplomacy in this region of the Mediterranean, albeit an Observer Country, has contributed to the success of the initiative, also by financing the project through the provision of experimental apparatuses, under the leadership of the Istituto Nazionale di Fisica Nucleare (INFN) and of the Trieste-based ELETTRA-Sincrotrone. Moreover, Italy is the only Observer Country in the SESAME project that made an ad hoc institutional financial contribution through the Ministry of Education, University and Research (MIUR).

The results obtained through this joint effort are continuing under the leadership of SESAME’s Scientific Director, Italian Giorgio Paolucci, who coordinates the experiments with synchrotron light, a powerful source of matter-originating high-intensity electromagnetic radiation released by charged sub-atomic particles moving along a curved trajectory. It is obtained in large particle accelerators and can be applied to various fields, from basic physics to chemistry, from life sciences to cultural property, from molecular biology to ICT.

“With today’s inauguration, SESAME converts a dream, which many thought to be impossible to realise, into the first large research facility in the Middle East,” said Giorgio Paolucci, scientific director of the SESAME. He went on: “It is a great thrill for me to have contributed by bringing with me the experience of Italian research.” Attending the ceremony in representation of Italy were also present the Undersecretary of State of the Minister of Education, University and Research, Vito De Filippo, the Italian Ambassador to Jordan, Giovanni Brauzzi, the Director General of CERN, Fabiola Giannotti, the Principal Director for Innovation and Research of the Ministry of Foreign Affairs and International Cooperation (MAECI), Fabrizio Nicoletti and the President of INFN, Prof Fernando Ferroni.

Today’s inauguration of the SESAME marks a success story that began approximately 25 years ago under the aegis of UNESCO and taking the CERN as the model to follow. But the future is already clear: the two initial lines of research (corresponding to two beams of light) will be compounded with another two by 2019. Furthermore, thanks to the future solar power plant, SESAME is expected to establish a new record for being the first laboratory in the world to be entirely powered by renewable energy sources.

SESAME is a lot more than a simple “laboratory” because, in addition to being used in scientific research and to develop new technologies, it pursues a constant intercultural dialogue aimed at building peace in the Middle Eastern region thanks to an open and barrier-free approach that has brought around the same table people who are unlikely to cooperate on many issues. This unprecedented project is configured to be an effective example of science diplomacy and a major challenge capable of bringing about very important spillover effects for the future and for peace in the Middle East and in the Mediterranean, two strategic areas also for Italy. 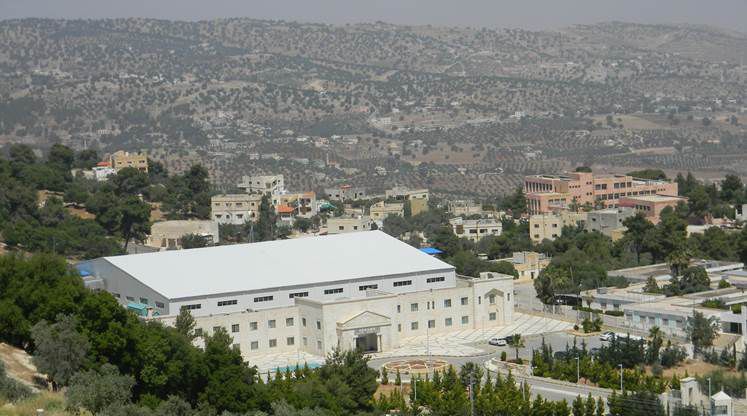