“Blue Sea Land – EXPO of Mediterranean, African and Middle Eastern food producing districts” is the name of an initiative organised by the Cosvap Fishing District of Mazara Del Vallo in collaboration with the Region of Sicily, Chamber of Commerce of Trapani and Mazara Del Vallo, running from 8 to 11 October. The event, now in its 4th edition, consists of a multicultural exhibition, meetings, workshops and debates. Participants in the sessions include the foreign ministry’s Central Director for Globalisation Vincenzo De Luca.

The goal is to unite the farm and fish food producing districts of participating nations in order to strengthen cooperation and promote the necessary economic, social, institutional and cultural integration of the populations concerned, with a view to becoming a part of the “Blue Economy”. Intensification of the presence of businesses on international markets is key to growth and development.

As is true of the rest of Italy, over the past ten years Sicilian businesses operating solely on the domestic market have seen their profits dwindle, while those that seek to operate internationally have experiences continuous growth. It is increasingly necessary to augment exports, not least by internationalising more companies. This is the concept behind “Blue Sea Land”, which aims to act as a driver of that process. Special attention is given to the province of Trapani, which has seen considerable growth in the first half of 2015 with regard to fishing products, with a rise of 94% in exports and of 155% in imports as compared with the same period in 2014. 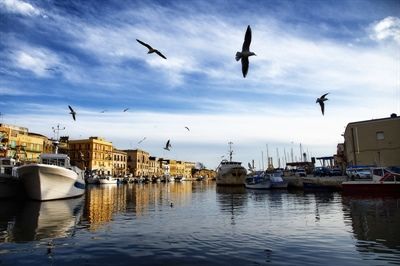