The South Africa-Italy Summit/Indaba 2017 was held on 24 and 25 October in Johannesburg. Now in its fourth edition, the summit has evolved into an important opportunity to bring together representatives from the business world as well as economists and authorities from Italy, South Africa, and other Sub-Saharan countries.

As in previous editions, the Italian think-tank, The European House - Ambrosetti organised the event, with the support of the Ministry of Foreign Affairs and International Cooperation, the Italian Embassy in Pretoria, the Italian Trade Agency (ICE/ITA) and Confindustria. For the second year in a row, the provincial government of the Province of Gauteng helped organise the Summit, along with many other contributing public and private partners.

In addition to economic relations with the Southern African region over two days, over forty speakers will discuss various aspects of bilateral economic relations. The event will include five separate sessions:

3. Leaders of the Future

4. Energy investments and infrastructure for a sustainable Africa

South Africa is Italy’s most important trading partner in Africa, with over 1.5 billion euros in trade in the first half of 2017 alone. The framework of the trading relationship between the two countries shows two complementary economies that mutually reinforce the economic system of each.

More information can be found on the South Africa-Italy Summit/Indaba 2017 by clicking here link . 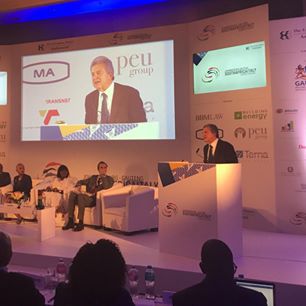