"Corpi favoriti dalla notte" (“The Night’s Favourite Bodies”) is the first personal exhibition in Spain by Paolo Gioli, an artist who is internationally known thanks to his artistic and photographic research and experimental cinema. The exhibition, running from 27 February to 5 May at the Italian Cultural Institute in Madrid, displays 60 works, spanning from his first large drawings from 1962-63 to his later work in the ‘70s, in which the drawings are contaminated with photography, painting and serigraphy techniques. The exhibition gives ample space also to his experimenting with the Polaroid camera in his series of Toraci (1981-2007), Vessazioni (2007-2010), Naturae (2007-2010), and Luminescenti (2006-2010), in which the artist transfers images on different supports like paper and silk. The Exhibition also includes the black and white photography experimental series: Fotofinish (Volti attraverso, 1987-2002) and Sconosciuti (1994-2015). His cinematographic work is represented by two films: L'uomo senza macchina da presa (1973-1981-1989) and Volto sorpreso al buio (1995).

Paolo Gioli (born in Rovigo in 1942) is a craftsman of memory and dreams, capable of giving a contemporary shape to the origins of our visual culture.

After attending the Scuola Libera del Nudo at the Academy of Fine Arts of Venice in the early 1960s, he moved to New York, where he became acquainted with the New American Cinema.

After returning to Italy, he continued his research to date, experimenting with pinhole and Polaroid cameras and the photo finish technique. Particularly talented in making grafts and superimpositions of apparently irreconcilable traditions, Gioli creates innovative icons capable of narrating the infinite representations made by Man in coming to terms with the world, his own body, his subconscious and the portrayal of divinity. The catalogue’s layout is by the artist, it is curated by Giuliano Sergio and is published by the Italian Cultural Institute in Madrid in Italian and Spanish. It contains a foreword by art critic Gloria Moure, an anthology of the artist’s texts and critical essays by Clément Chéroux, Joan Fontcuberta and Roberta Valtorta. 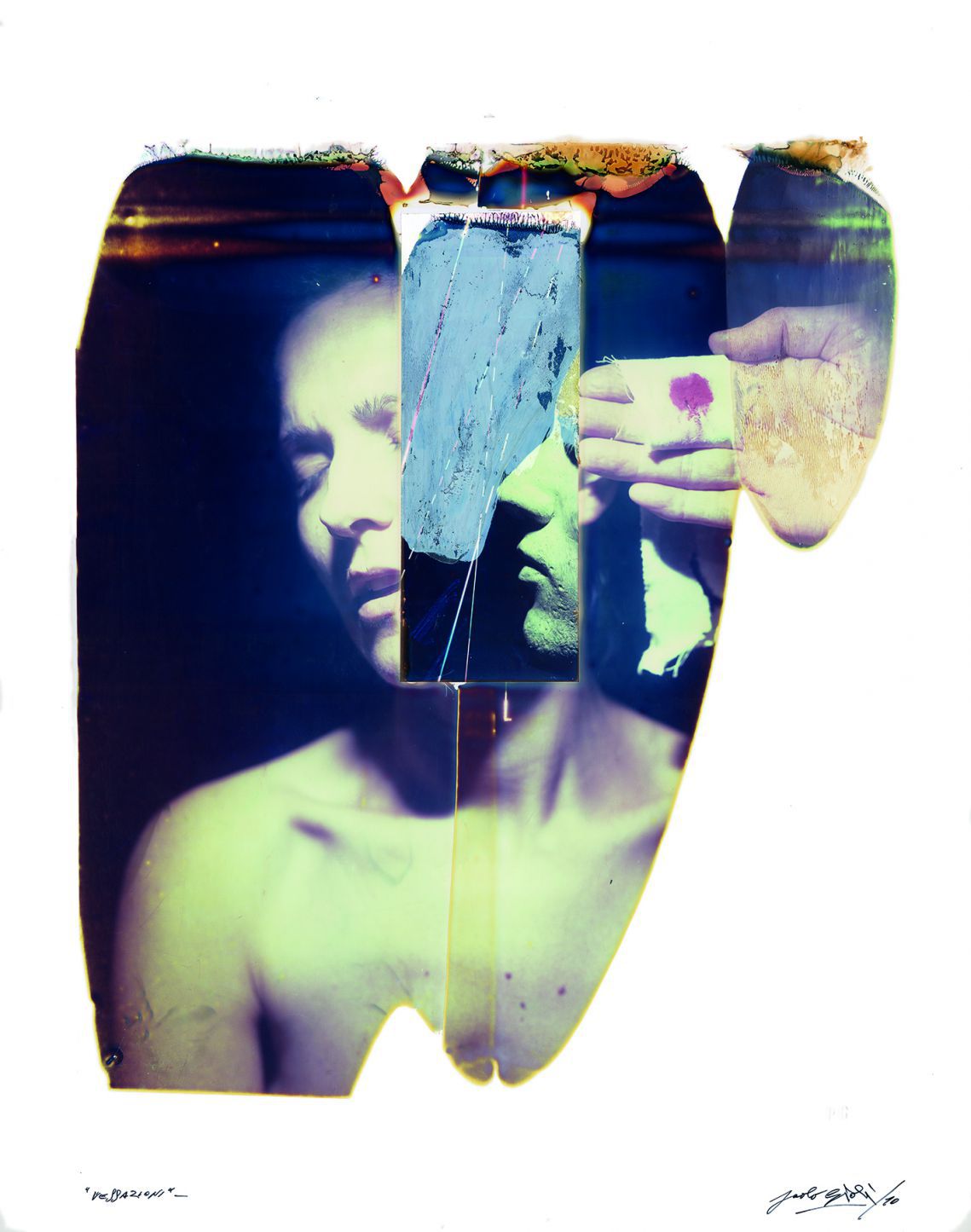