Maeci
A lecture entitled "The Founding and Development of Etruscan, Roman and Medieval Cities. The Example of Bologna", organised and hosted by the Italian Cultural Institute in San Francisco, in conjunction with the Municipality of Bologna and Cultura Italiana, will be held on May 25. The lecture will show how everything revolved around the sacred nature of the place: the use of urban space, the specialization of services, defense, agriculture, production and trade. It is the ideological aspect that feeds every urban settlement from its origins.
The event will be chaired by Massimo Maracci, director of Cultura Italiana, an Italian Language School of Bologna, in conversation with Lisa Pieraccini, professor of Classical Studies at University of California, Berkeley, and with Mary Tolaro Noyes, author of the book "Bologna Reflections: An Uncommon Guide". Ms Tolaro Noyes will deliver a presentation on the sacred character of the Medieval city, which will be followed by a tasting of gastronomic specialties and wines from Emilia Romagna, offered by Cultura Italiana. 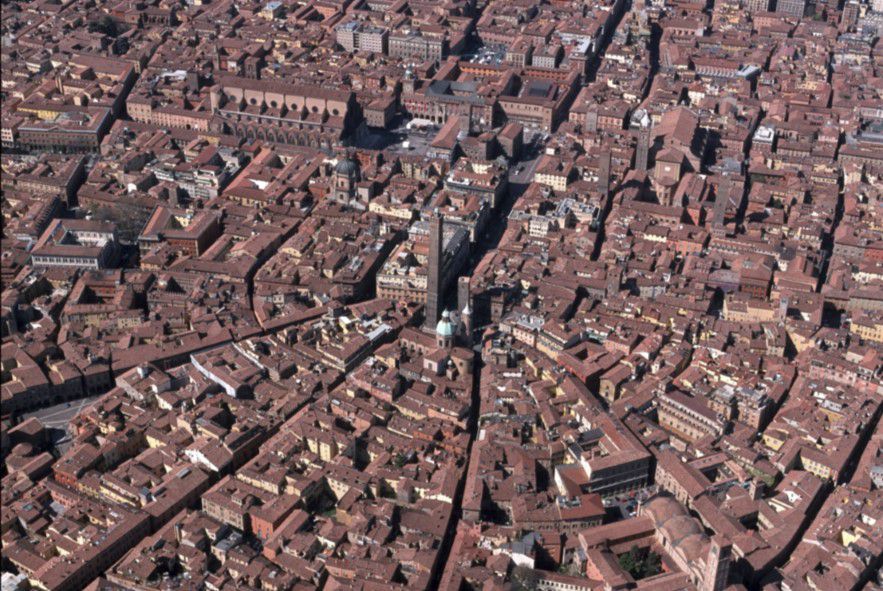