Guido Cagnacci’s “Death of Cleopatra”, from the Pinacoteca di Brera, will be on show at the Italian Cultural Institute in New York until 19 January. The work by Cagnacci, a painter from the Baroque period (1601-1663), is characterised by the use of the chiaroscuro technique and by the sensuality released by most of his subjects. He was one of the painters of reference of the Seicento, playing a central role in depicting great devotional stories. But Cagnacci’s ingeniousness did not stop here. The painter’s talent reached its apex with the so-called “quadroni” (“giant pictures”) of Forlì and the Glory of Saints Valerian and Mercurial, in which he created heavenly scenes with crystal-clear skies, impossible albeit real, in which space is dilated into a mental dimension capable of containing the overwhelming physicality of the figures. Cagnacci is not widely known outside the restricted circle of museum curators, collectors, and scholars. However, he is nonetheless a great artist and the fact that three important cultural institutions in New York have decided to host three of his masterpieces is reason enough to celebrate. The “Death of Cleopatra” is the painting on show at the Italian Cultural Institute while the Norton Simon Museum has exceptionally lent the “Scolding of Mary Magdalene” to the Frick Collection and the Metropolitan Museum displays another version of the Death of Cleopatra. 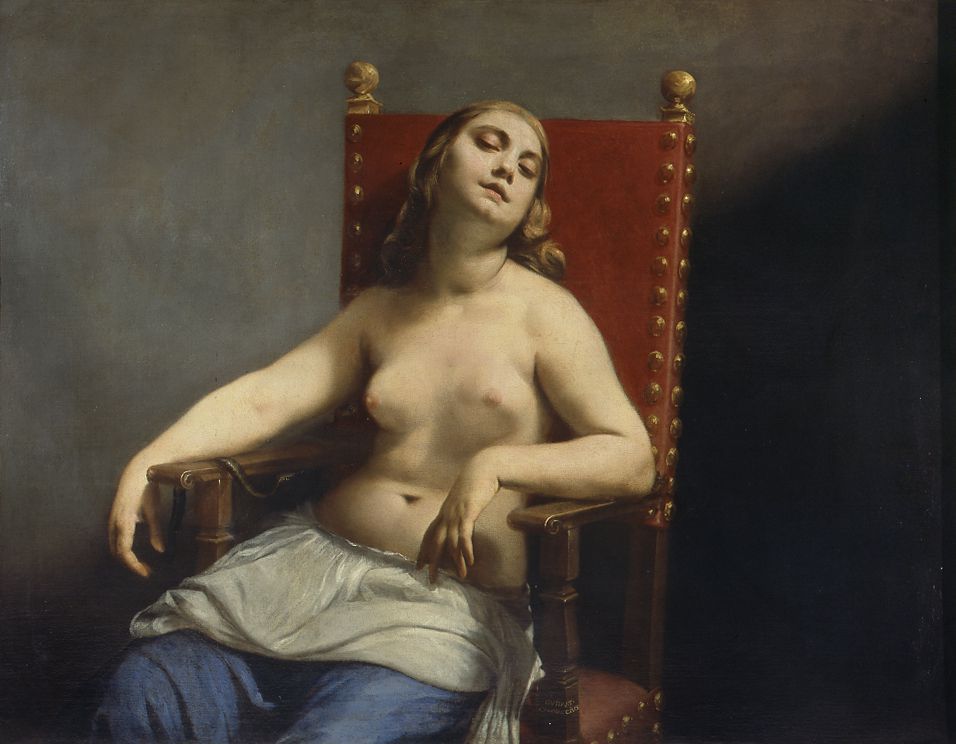