Tokyo - Wine, Ornellaia and the Harvest d'Auteur celebrate elegance at the Embassy

Every harvest is different from the previous one: this is something the Ornellaia wine producer (Livorno) knows all too well. Since 2009, Tenuta dell'Ornellaia has been celebrating the exclusive characteristics of each year's production through the project entitled "Harvest d'Auteur". Each year a contemporary artist is invited to sign a work of art and a series of limited edition labels, drawing inspiration from a word chosen by the winemaker to describe the features of that year's harvest. For the eighth edition, whose theme is "Ornellaia 2013 Elegance", the winemaker from the Bolgheri district invited the Japanese artist Yutaka Sone to create a site-specific marble work of art and exclusive individually signed labels applied to 109 large Ornellaia bottles. The event was opened in Japan at the Italian Embassy in Tokyo attended by Ambassador Domenico Giorgi. Also present were the artist, introduced by Mami Kataoka, Art Curator of the Mori Museum in Tokyo, Axel Heinz, Ornellaia director and wineproducer and Isao Miyajima, one of the most influential Japanese wine journalists based in Italy. The Italian Embassy in Tokyo included the event in the official agenda of events for the 150th anniversary of diplomatic relationships between Italy and Japan. Yutaka Sone chose Carrara marble as the medium that would best interpret the unique characteristic of Elegance. 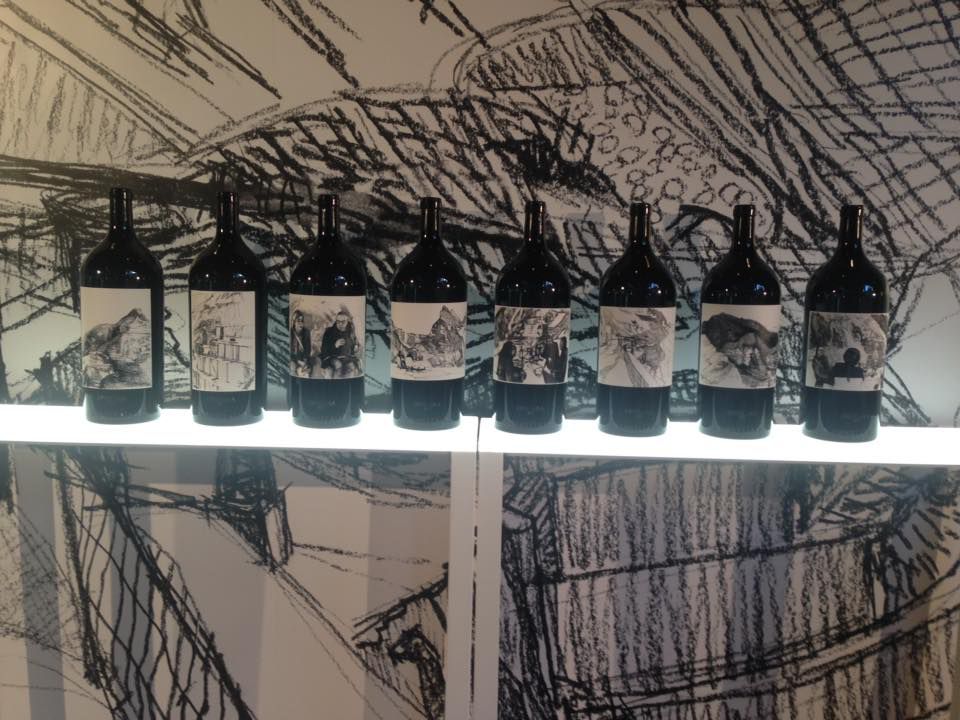