The Permanent Mission of Italy to the International Organisations in Vienna decided to celebrate a commemoration of Giovanni Falcone, the magistrate killed on 23 May 1992 in the so-called Capaci massacre, on the 24th anniversary of his death. The celebration will include a ceremony and a bas relief portrait. Falcone’s memory and insights remain a source of inspiration for the major international cooperation initiatives against organised crime, beginning with the Palermo Convention of 2000.

This is what led to organising the memorial ceremony, held at the UN office two weeks ago in the Austrian capital, and attended by the Minister of Justice Andrea Orlando, the Undersecretary for Foreign Affairs, Benedetto Della Vedova, the National Anti-mafia prosecutor Franco Roberti, and Judge Falcone's sister, Maria. It was she who donated the portrait in relief of Judge Falcone, which will hang at the United Nations Office for Drugs and Crime (UNODC), the keeper of the Treaty.

The strength and topicality of the ideas of the anti-Mafia magistrate were the recurring theme, starting with Mr Orlando, who recalled how international cooperation, on the basis of the tools now available, especially the Palermo Convention, is key to fighting organised crime. Italy's commitment, recalled Mr Della Vedova, is a constant priority, and is articulated into targeted actions involving developing countries. Indeed, the presence of powerful and deep-rooted criminal organisations at local level is still an obstacle to sustainable growth in various regions of the world. The link between economic and financial contexts and organised crime, one of Falcone's most brilliant and ground-breaking insights, is one of the keys to understanding and combating criminal phenomena, while also increasing the complexity of investigations, a point on which Prosecutor Roberti focused.

The fight against organised crime, said Professor Falcone in a touching recollection of her brother, cannot be left exclusively to the efforts of the State, but needs the broader involvement of civil society. In the latter, she said, lies the strength to promote the cultural change needed to defeat the mafia for good. 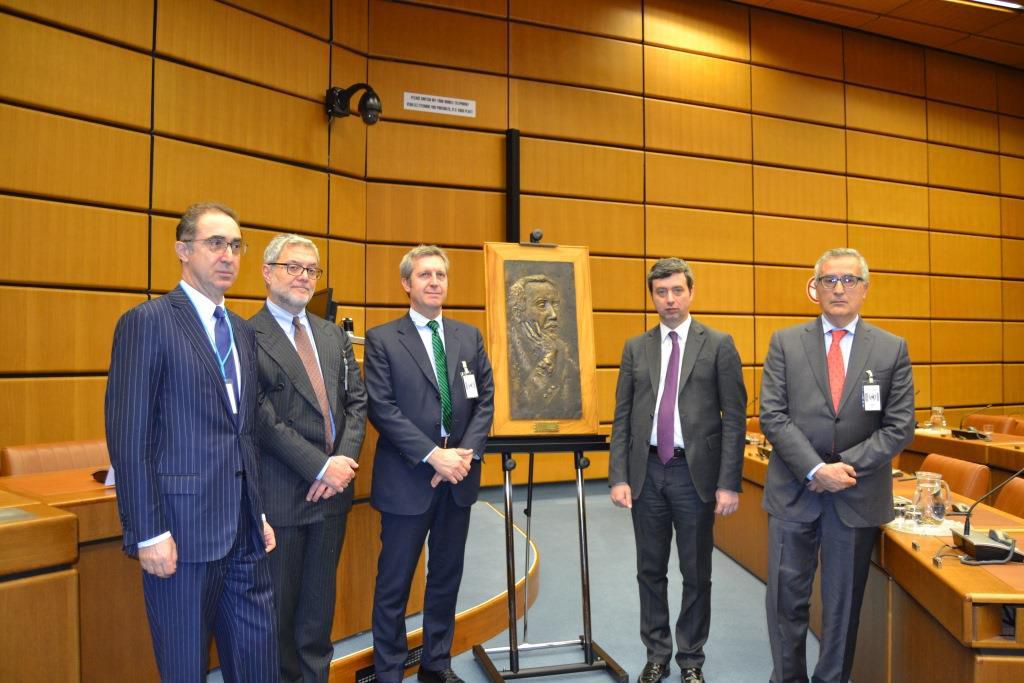 Permanent Mission of Italy in Vienna