'Borders: the invisible frontiers of Europe', the photography exhibition by Valerio Vincenzo opened at the Italian Cultural Institute (IIC) in Zagreb, launched the project by EUNIC Croatia 'Borders: separation, transition and sharing', co-financed by the European Union.

The initiative is the fruit of a joint effort by the European Cultural Institutes in the capital of Croatia and features conferences and round tables, exhibitions and film screenings in Zagreb and Rijeka.
The project aims to explore the theme of borders, intended in the broadest sense of the terms (social, geographical, psychological, physical, religious, linguistic, gender), understand the reasons that motivate people to put up barriers in a globalised world and the importance of culture as a preferential instrument to overcome closures and open up to dialogue. Valerio Vincenzo’s exhibition also aims to highlight the benefits of the free movement policy adopted by the European Union over the years: today, as shown by the magnificent photos – some of which are displayed in the “Flower Square” in front of the Italian Cultural Institute – an internal border 16,500 km long can be crossed without impediments.
The award of the Nobel Peace Prize to Europe in 2012 confirms the historic importance of this progressive but radical process.

In September, the exhibition will move to Vukovar, the city symbolising the massacre of the war of the Balkans and which still bears the signs of martyrdom. It is the right setting for a message of hope and for an opportunity to come together. 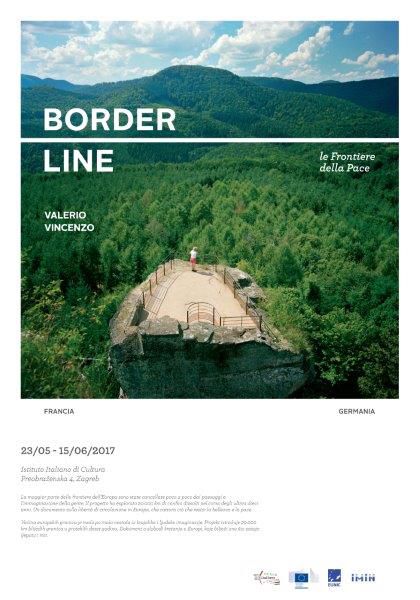