Libya, Undersecretary Amendola: the Rome agreement is important for the Country's stability

Undersecretary of State for Foreign Affairs, Vincenzo Amendola, welcomed with great satisfaction the signing of the agreement between the Community of Sant’Egidio and the representatives of the region of Fezzan, in southern Libya.

“The agreement signed in Rome is yet another step towards the stabilisation of Libya,” said Undersecretary Vincenzo Amendola, who yesterday at the Farnesina met with a delegation of politicians, civil society organisations and the tribes of southern Libya, and representatives of the Community of Sant’Egidio.

Mr Amendola continued: “It was a great pleasure for me to welcome at the Foreign Ministry the signatories of the agreement, who gave me the document signed today. Italy once again proves to be one of the major players among the members of the international community committed to the pacification and the consolidation of the Government of National Unity led by al-Sarraj. Thanks to the Community of Sant’Egidio, which promoted the recent talks, we have given an additional support to the Libyan people in relaunching the Country’s economic system and in fighting terrorism. The document recently signed in Rome reinforces the Country’s unity with the south, which has been so dramatically hit by the crisis and by the migration flows from Africa.”

He went on: “The agreement on humanitarian issues will make it possible to send emergency aid to hospital facilities in all five of the provinces of the Fezzan region, which has long been deprived of relief supplies, including immunisation kits for children. Reopening communications with this part of Libya is crucial for the implementation of the UN-supported State reconstruction process. The Fezzan delegates signed an agreement that will enable the dispatch and distribution of humanitarian aid in the area, and also guarantee the presence there of the International Red Cross, of Italian Cooperation services and other NGOs.”

“The Italian Government, in addition to making a great diplomatic effort, will continue to closely monitor the latest developments in the situation. We are acting through the Development Cooperation Directorate to send food and emergency supplies to hospitals in Tripoli, Benghazi, Ubari and the southern regions. The document, signed unanimously, leads us to be hopeful that the course of action taken for the future of Libya might be the right one,” concluded Mr Amendola. 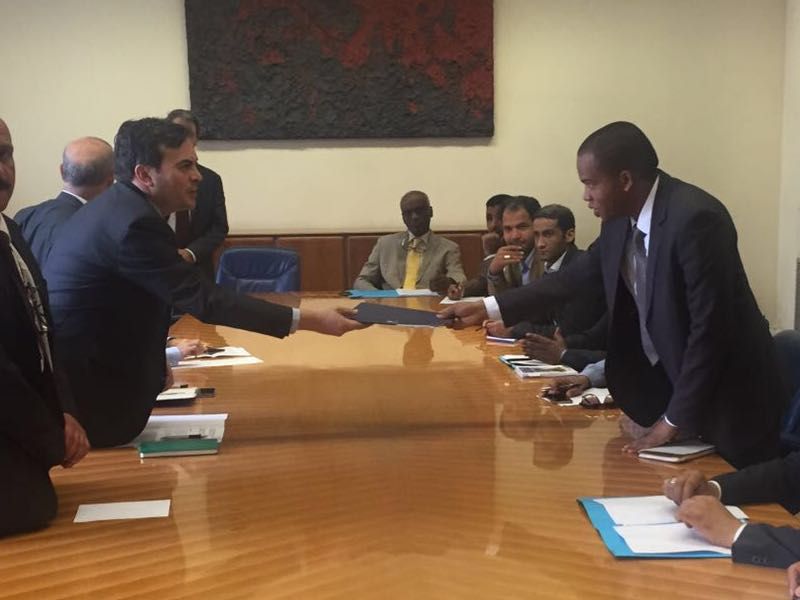