The Undersecretary of State for Foreign Affairs and International Cooperation, Benedetto Della Vedova, today chaired the annual meeting of the National Committee for Humanitarian Action against Anti-personnel Mines hosted by the Farnesina, which was attended by representatives of the major NGOs working on global humanitarian demining projects.

Mr Della Vedova said: “Italy is strongly committed in favour of the universalisation of the Ottawa Convention banning mines and the Oslo Convention against cluster munitions. Thanks to the Italian Foreign Ministry’s Fund for Humanitarian Demining, our Country is in the front line with numerous projects to mitigate the suffering of the populations exposed to the risk of makeshift explosive devices in different geographic areas including Afghanistan, Libya, Iraq, the Gaza Strip, Sudan, Somalia, Bosnia and Colombia.”

The meeting hosted at the Italian Foreign Ministry resolved to renew the funding mechanisms of the Mine Action. Three million euros were allocated to the Humanitarian Impact Bond of the International Committee of the Red Cross through which public and private funds are used to finance humanitarian initiatives aimed at building hospitals in conflict-ravaged countries.

On winding up the meeting, Undersecretary Della Vedova addressed heartfelt thanks for the unselfish engagement of Italian civil society professionals and volunteer workers thanks to whom Italy can vaunt an image of unquestioned standing among international donor countries involved in humanitarian activities. 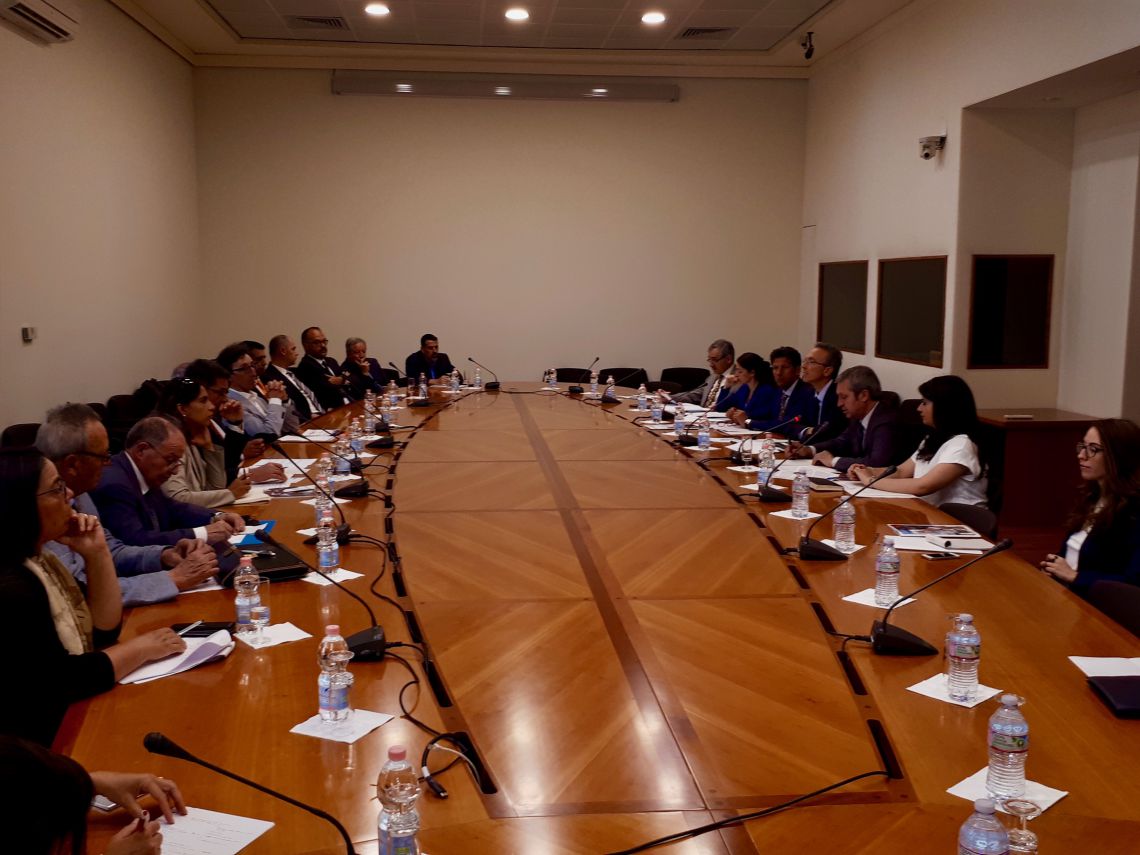