UNGA. Alfano at the side-event on the protection of cultural heritage: “We have put culture at the top of the international peace and security agenda”

“Today we can download practically anything from the Internet, but not ethical values. Yet it is precisely these that must be our ‘moral browser’ because without them, we are disconnected and risk not being able to adequately respond to large-scale atrocities,” said the Minister of Foreign Affairs and International Cooperation, Angelino Alfano, on opening his address at the high-level side-event “Protecting cultural heritage from terrorism and mass atrocities: links and common responsibilities”, organised by Italy on the sidelines of the 72th UNGA, at the presence, among others, of the High Representative of the Union, Federica Mogherini, and of the directors of UNESCO and UNODC.

The Foreign Minister added: “Today we see that in Syria, Iraq, Afghanistan and Mali, the brutality of the crimes against humanity run in parallel with “cultural cleansing” crimes: the terrible destruction of priceless cultural heritage. The intentional destruction of a people’s cultural capital constitutes an enormous obstacle to peace, hindering dialogue and reconciliation, and fuelling hatred that perpetuates across generations.”

“This is why Italy put culture at the top of the international peace and security agenda promoting, together with France, Security Council resolution 2347, the first passed to defend cultural heritage as a factor of global security. We ask that the protection of culture be included in the mandate of international peacekeeping operations, in line with the model already adopted in Mali.”

“We are convinced that culture must unite, not divide: this is the key message of the UNESCO Unite4Heritage initiative, of which we are honoured to be among its most convinced supporters. The tragedy of Daesh has taught us that culture is more powerful than a bomb, stronger than terrorism: this is why we hosted the G7 meeting on culture in Florence, reproducing for the occasion, a replica of the Arch of Triumph of Palmyra. And we want to rightfully honour the memory of Khaled al-Asaad, the custodian of the treasures of Palmyra slaughtered by Daesh. Often archaeologists are our best diplomats. Because the bond between culture and peace must be defended. It is not only a moral duty but a political and security-assuring imperative,” the minister concluded. 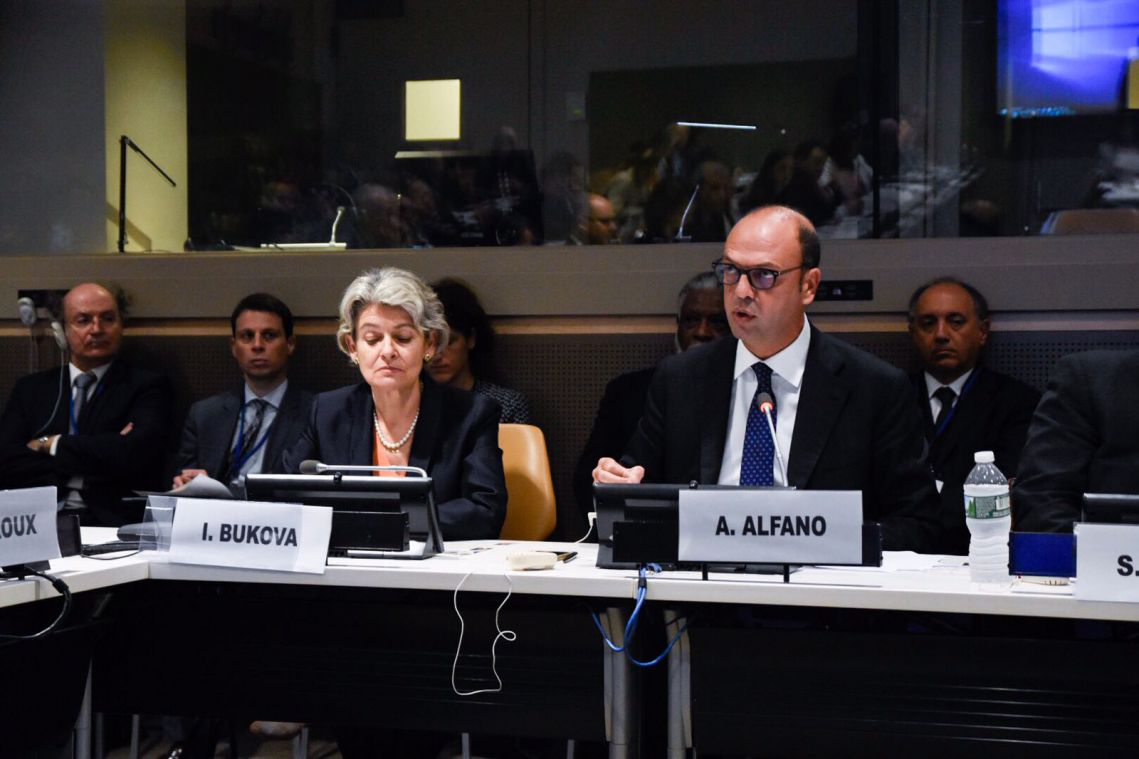