UNGA. Ministerial Meeting on Mali. Italy will not fail to support the population in the region

The Minister of Foreign Affairs and International Cooperation, Angelino Alfano, attended the Ministerial Meeting on the Implementation of the Agreement for Peace and Reconciliation in Mali organised by the UN Department for Peace Keeping Operations and the Government of Mali, on the fringes of the United Nations General Assembly. The meeting is aimed at taking stock of the progress made in the peace process in Mali two years after the signing of the Algiers Agreement, and at outlining the next steps towards the implementation of the institutional reforms envisaged therein.

Radicalisation and terrorism are still the main threats to stability in Mali and in the neighbouring regions. Today’s meeting offered the great opportunity to discuss how the international community can cooperate to help the populations that live in the region. Italy will never fail to support the activities of the G5 Sahel group and of the UN Stabilisation Mission in Mali.

Italy hopes to relaunch cooperating with Mali in controlling its borders, combating human trafficking and tackling the causes of migration flows through a balanced approach, by relying on specific instruments such as Italy’s Africa Fund or the EU’S Trust Fund for Africa. 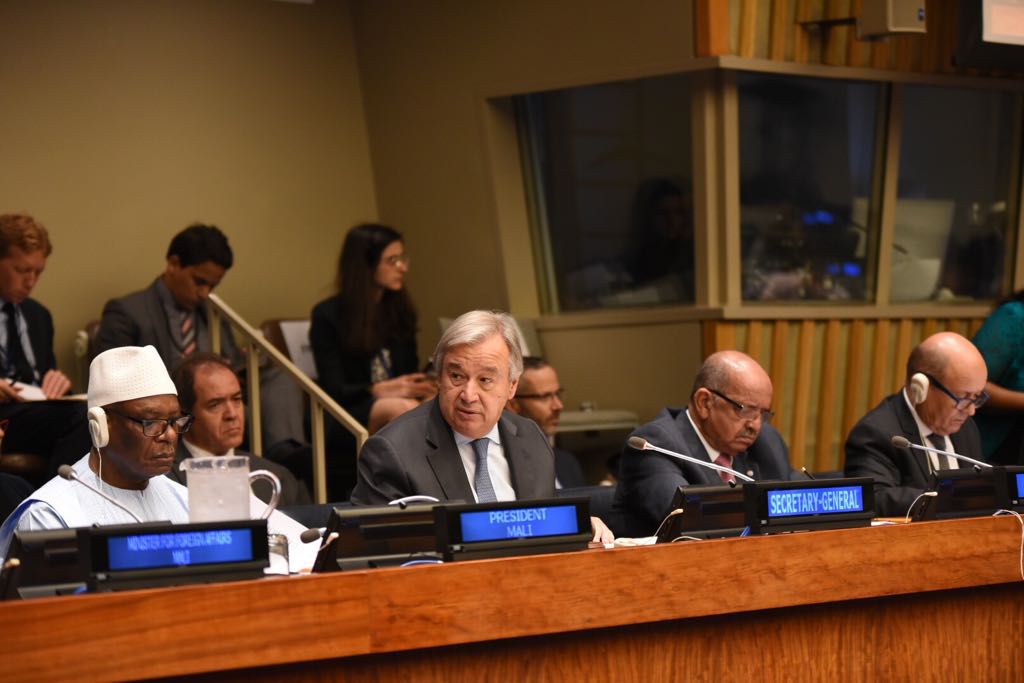 UNGA. Ministerial Meeting on Mali. Italy will not fail to support the population in the region
25453
Valuta questo sito