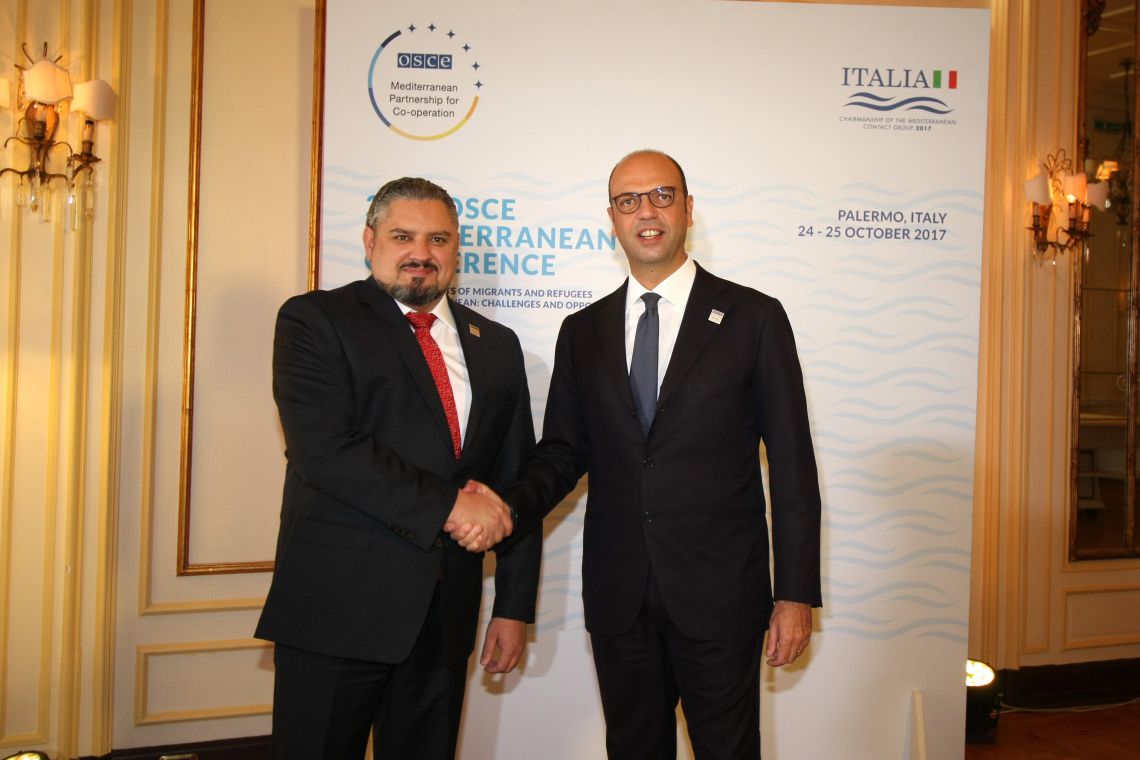 “Our bilateral relations are excellent, also thanks to the contribution made by the Moldovan community in Italy. We are very satisfied with the positive performance of our economic relations,” the Minister of Foreign Affairs and International Cooperation, Angelino Alfano, told the Moldovan Foreign Minister, Andrei Galbur, whom he met in Palermo on the sidelines of the OSCE Mediterranean Conference.

In addition to the two Countries’ bilateral relations, the talks focused on the priorities of Italy’s upcoming presidency of the Organisation, that Mr Alfano illustrated to his Moldovan counterpart as being: “the crisis in Ukraine and frozen conflicts, the migrant and refugee emergency and greater attention to the challenges coming from the South and from the Mediterranean.”

Italy’s chief diplomat went on to say: “The OSCE plays a crucial role in preventing the deterioration of security conditions, reducing the risk arising from tensions on the ground and promoting peaceful and sustainable solutions. In this perspective, we intend to support without reservations the existing negotiation formats, especially for the situation in Transnistria.”

The two ministers also talked about the EU’s Eastern Partnership, in relation to which Mr Alfano said: “the enforcement of the reforms agreed upon with Brussels is important in view of Moldova’s economic integration and political association with the EU.”