ICC. Undersecretary Picchi in The Hague to attend the commemoration of the 20th anniversary of the adoption of the Rome Statute

The Undersecretary of State for Foreign Affairs and International Cooperation, Guglielmo Picchi, is in The Hague today to attend an event to commemorate the 20th anniversary of the adoption of the Rome Statute establishing the International Criminal Court (ICC).

The Undersecretary’s presence confirms the great value that our Country attributes to the ICC, also as founding County and host of the signing ceremony of its establishment which, as is widely known, was held in Rome 20 years ago.

In his address delivered on behalf of Italy, Undersecretary Picchi pointed out how the now different nature of conflicts has produced an increase in the number of war crimes and crimes against humanity. He said: “In this context, the ICC makes a fundamental contribution towards maintaining international peace and security and towards protecting and promoting human rights.”

Picchi also recalled the leadership role that Italy has played ever since the establishment of the ICC, which has been furthered by the three Italian judges sitting on the Court and through the Vice Presidency of the Assembly of the States Parties from 2014 to 2017. It is a staunch support that will continue in order to promote its universality and uphold its independence. 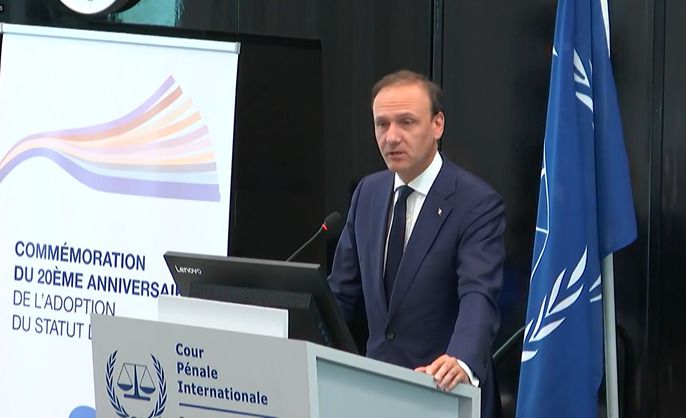