This morning, the Farnesina hosted the presentation to the Diplomatic Corps of ESOF (EuroScience Open Forum), the most important European event dedicated to the debate between science, technology, society and politics that will take place in Trieste in 2020. The Julian Venetia capital was chosen to be the European City of Science in the light of the great density of national and international scientific institutions it hosts as well as for the key role it plays as the linchpin between Western and Eastern Europe.

The official opening session, moderated by the Director General for Cultural and Economic Promotion and Innovation, Vincenzo de Luca, included the greetings of the Undersecretary of State for Foreign Affairs and International Cooperation, Manlio di Stefano, the Head of the Department of Higher Education and Research (MIUR), Giuseppe Valditara and the Regional Councillor for Labour, Training, Education, Research, University and Family of the Regional Council of Friuli Venezia Giulia, Alessia Rosolen.

“The Ministry of Foreign Affairs and International Cooperation continues in its activity to support Trieste’s science district, thus confirming its strong commitment towards the internationalisation of Italian research and the promotion of Italy’s economic system abroad,” said Undersecretary Di Stefano, who added that “our diplomatic network will be engaged in promoting ESOF throughout 2019.”

Regional Councillor Alessia Rosolen recalled that: “The Regional Administration has already Agreements on the promotion of the scientific system in force with the Ministry of Foreign Affairs and International Cooperation, with the Ministry of Education, University and Research and with the European Joint Research Centre, which has succeeded to receive international acknowledgment and represents the flagship of our Region.”

The second part of the Event, moderated by the Central Director of Innovation and Research, Fabrizio Nicoletti, continued with contributions from Prof. Stefano Fantoni, the organiser of the Event, Ambassador Giovanni Caracciolo di Vietri, Secretary  General of the Central European Initiative (CEI), Peter Tindemans, the Secretary General of EuroScience, Prof. Massimo Inguscio, President of the National Research Council (CNR), and Prof. Fabio Rugge in representation of the Conference of Rectors of Italian Universities (CRUI).

Prof. Fantoni offered the Diplomatic Corps a detailed illustration of the initiatives and events that will enliven Trieste in 2020, highlighting that: “Through the 2020 EuroScience Open Forum, Trieste will prove to be highly qualified to become the permanent point of reference for innovation, scientific research and the circulation of knowledge for Central and Eastern European Countries.” In closing, Peter Tindemans, the Secretary General of EuroScience, emphasised that: “The choice to make Trieste the City of Science in 2020 is perfect.” 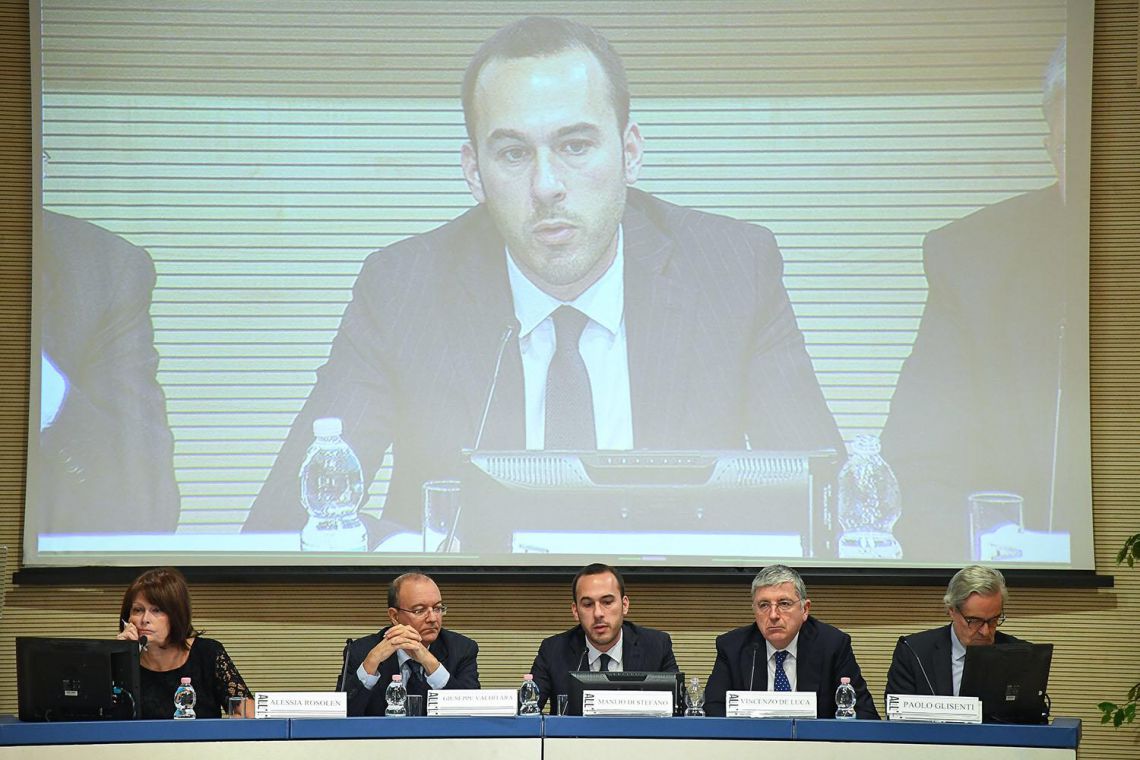