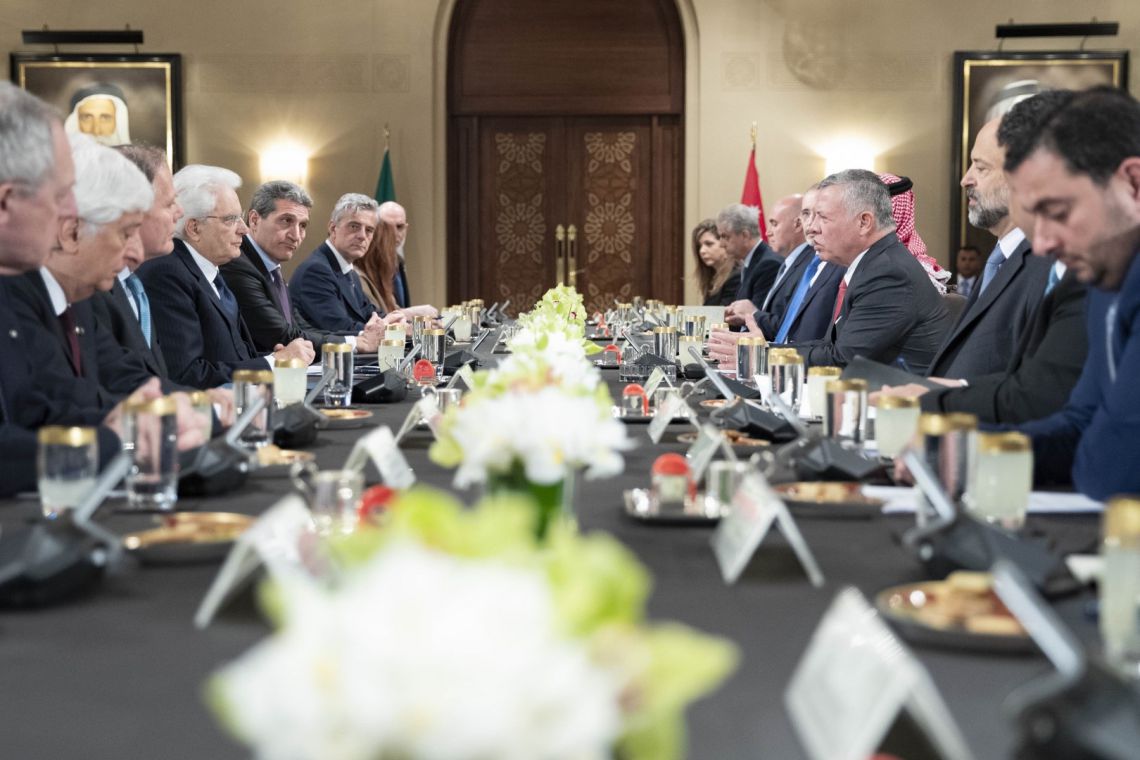 *Photo: by kind concession of the Office of the President of the Republic

Today, 10 April, the Minister of Foreign Affairs and International Cooperation, Enzo Moavero Milanesi, as part of the full agenda of the official visit to the Hashemite Kingdom of Jordan by the President of the Republic, Sergio Mattarella, participated in a working meeting with His Highness King Abdullah II, on aspects within the direct purview of the Government.

The Minister also had a bilateral meeting with the Jordanian Minister of Foreign Affairs and Expatriates, Mulki Ayman Al-Safadi, focused on the present and prospective cooperation between the two Countries, both political and economic and in international relations and trade. The two Ministers also discussed the principal themes of mutual interest, with a special reference to the Middle East.