The Undersecretary of State for Foreign Affairs and International Cooperation, Manlio Di Stefano, today received at the Farnesina, Nadia Murad, a Yazidi Human Rights activists and Nobel Peace Prize winner in 2018, who is in Italy to pick up the “Premio Bellisario internazionale”. The conversation focused on the situation of the Yazidi minority mostly originating from the region of Sinjar, in northern Iraq, which has been the target of the brutality of Daesh since August 2014.

Undersecretary Di Stefano said: “Italy is committed to assuring stability in the areas liberated from Daesh and will not fail to support the aspirations of the Yazidi minorities.” To this end, Di Stefano committed to raise awareness on the theme at the United Nations and in other competent international forums.

Undersecretary Di Stefano then informed Ms Murad that the Italian Cooperation service has recently allocated one million euros for development projects earmarked for the Yazidi community. Di Stefano also took note of the specific requests put forward by the Nobel Peace Prize winner in this respect, reaffirming Italy’s full support to the right of the Yazidis to rebuild their future on their own land. 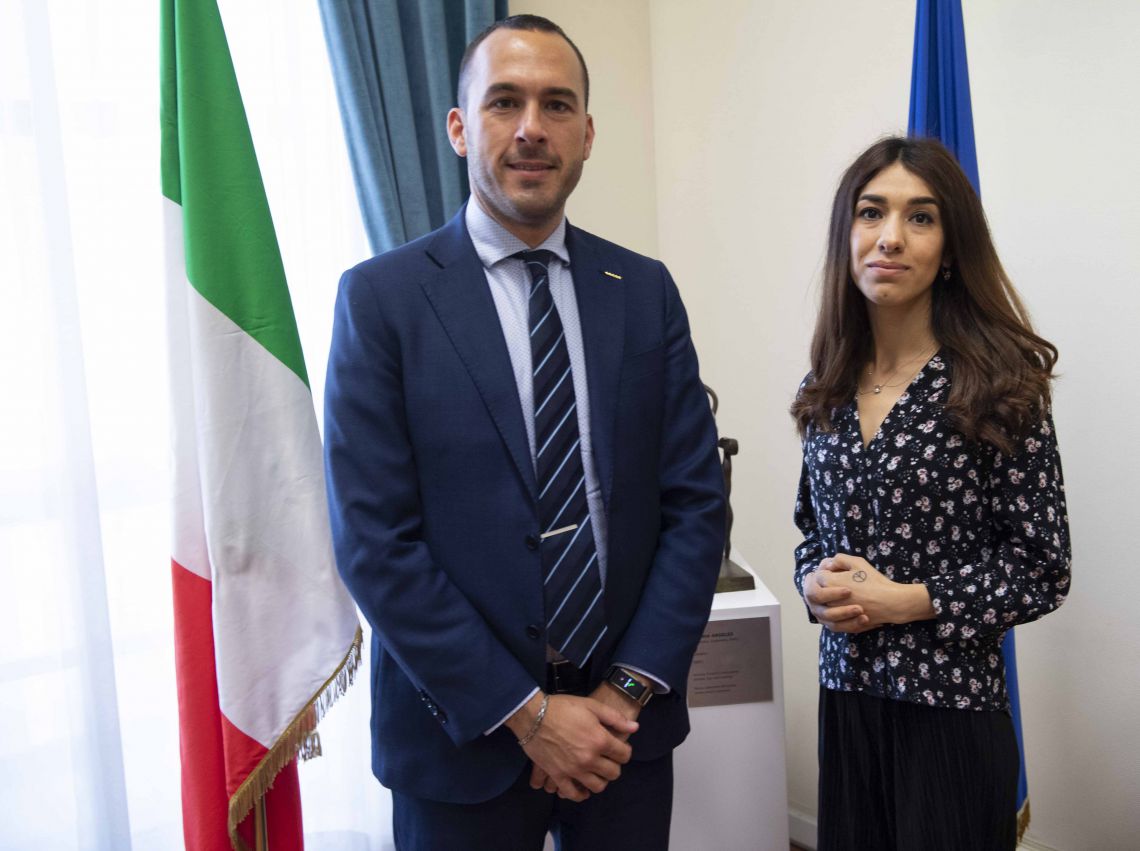