From 19 to 20 June, the Deputy Minister of Foreign Affairs and International Cooperation, Emanuela Del Re, led a business delegation to Ethiopia, organised in partnership with Confindustria, ICE-Foreign Trade Agency, ABI (Italian Banking Association) and the Ministry of Economic Development. The trip was multisectoral and mainly focused on three sectors: Agriculture, agricultural machinery and food processing technologies; Infrastructure and transport; Textile and tanning industries. The Italian delegation was made up of the representatives of 34 companies and 2 banks, who added on to the entrepreneurs operating locally, both Italian and Ethiopian, thus accounting for a total of approximately 200 companies. Besides recording a 10% annual GDP hike over the last decade, Ethiopia stands out in the African scenario as one of the continent’s most dynamic economies. It is also the continent’s second-largest country in terms of population, with a very high rate of urbanisation.

In Addis Ababa, the delegation members attended the Italy-ETHIOPIA Business Forum, which was chaired, on behalf of Ethiopia, by the Deputy Ministers of Foreign Affairs, Industry, Agriculture and Finance, and by the President of the Chamber of Commerce of Addis Ababa. In her opening remarks to the Forum, Deputy Foreign Minister Del Re said: “Our partnership with Ethiopia is on a continuous uptrend. The presence of the representatives of so many Italian companies who have come to Addis Ababa for the occasion, together with those already present in Ethiopia, testifies to the interest of the Italian private sector for the opportunities offered by the important economic reforms launched by the Ethiopian Government and put into force within the African Continental Free Trade Area.” She went on to say that the Forum also confirms Italy’s interest for Ethiopia “in the light of its economic stability and high growth rate and of its recent reform process”. This is the reason why – she continued – “Italian industry is ready to make a significant contribution to modernise and reinforce the Ethiopian private sector”.

On 21 June, the Deputy Minister travelled to the Country’s northern Tigray region to meet with the representatives of the Agency for Refugees and Returnees Affairs (ARRA) and the United Nations High Commissioner for Refugees (UNHCR) in Shire before visiting the Hitsats refugee camp. Her day’s agenda included a visit to the Axum Stelae Park, a UNESCO human heritage site, where she was warmly greeted by the local population and met with the local authorities.  Her trip continued to the city of Adwa, where she visited the Kidane Meheret School, the TVET (Vocational Education and Training) decentralised cooperation project and the local hospital. On Saturday, 22 June, the Deputy Minister visited the Calzedonia plant in Mekelle, the TVET Salesian Centre (Iveco-Textiles) and the SINCE project (Stemming Irregular Migration in Northern and Central Ethiopia), and met with the representatives of other civil society organisations operating in the Tigray region. 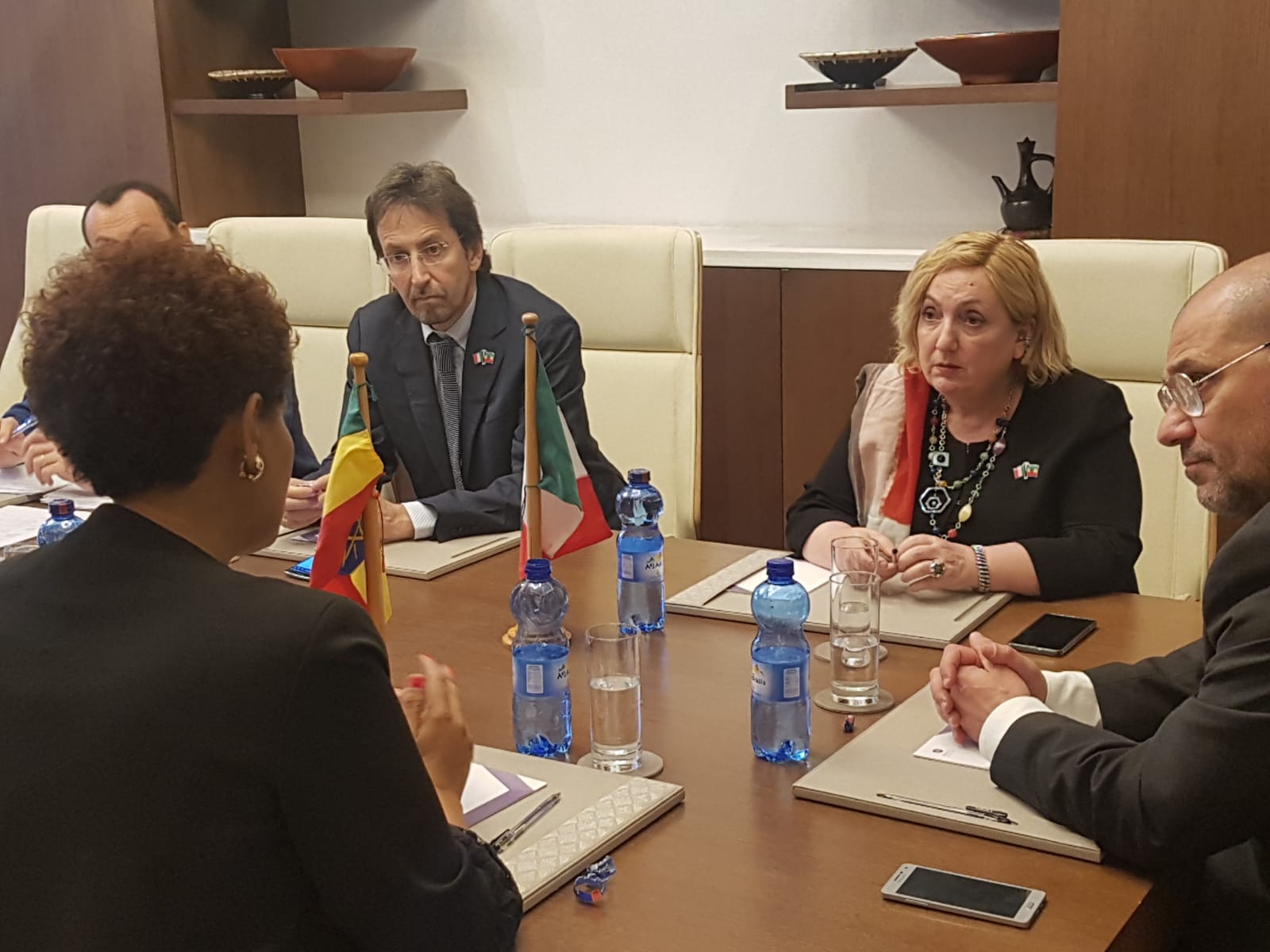 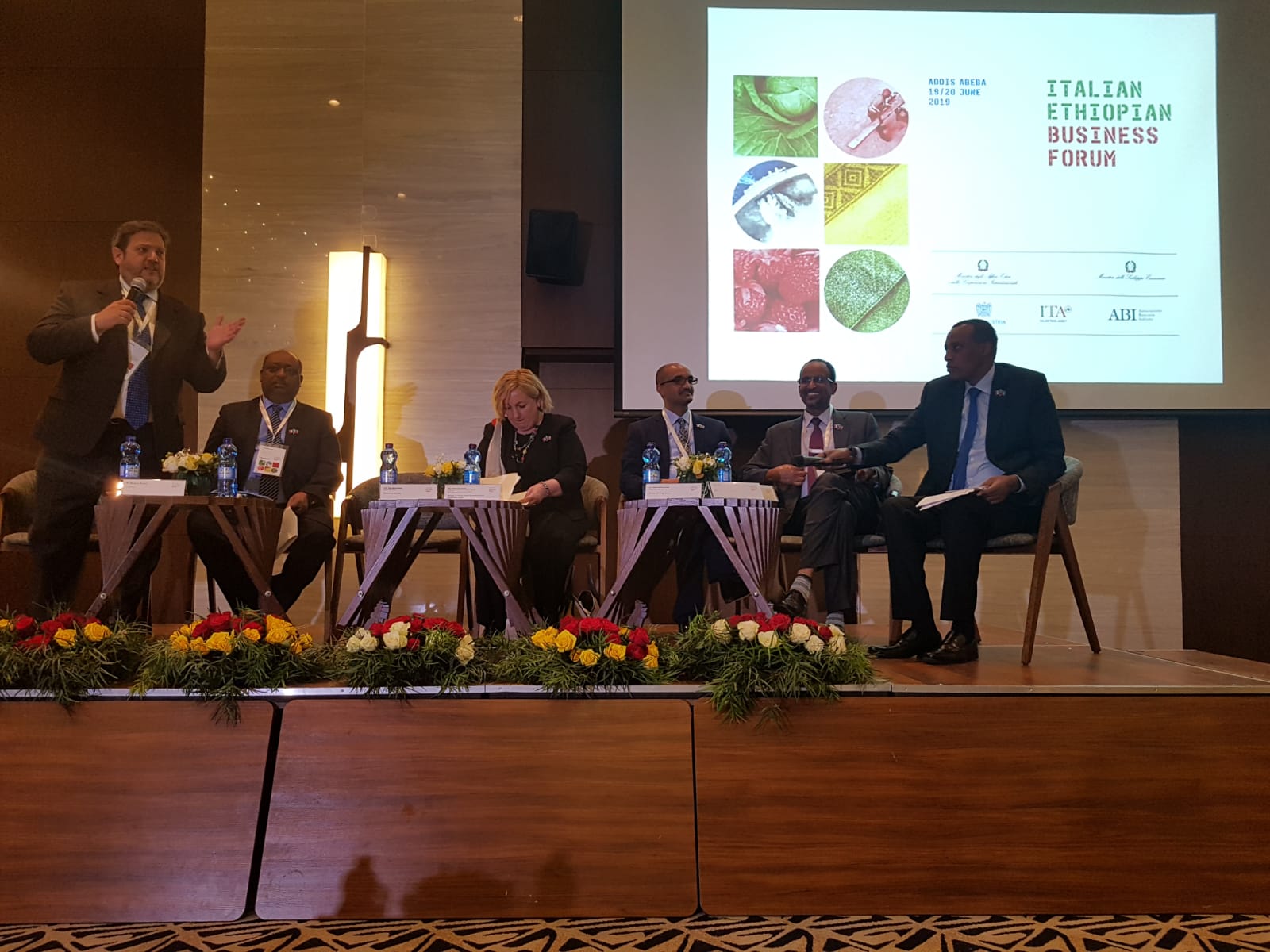 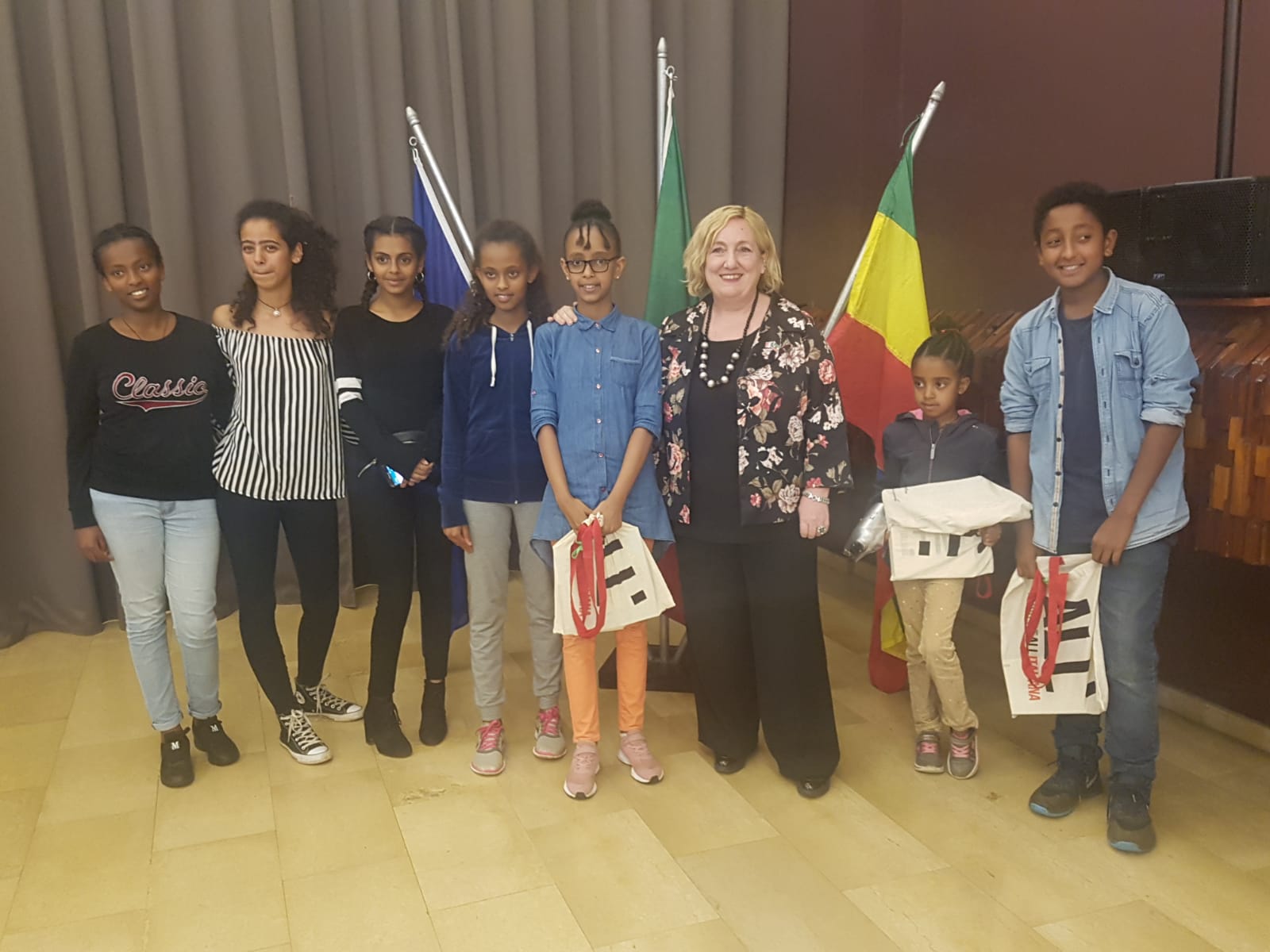 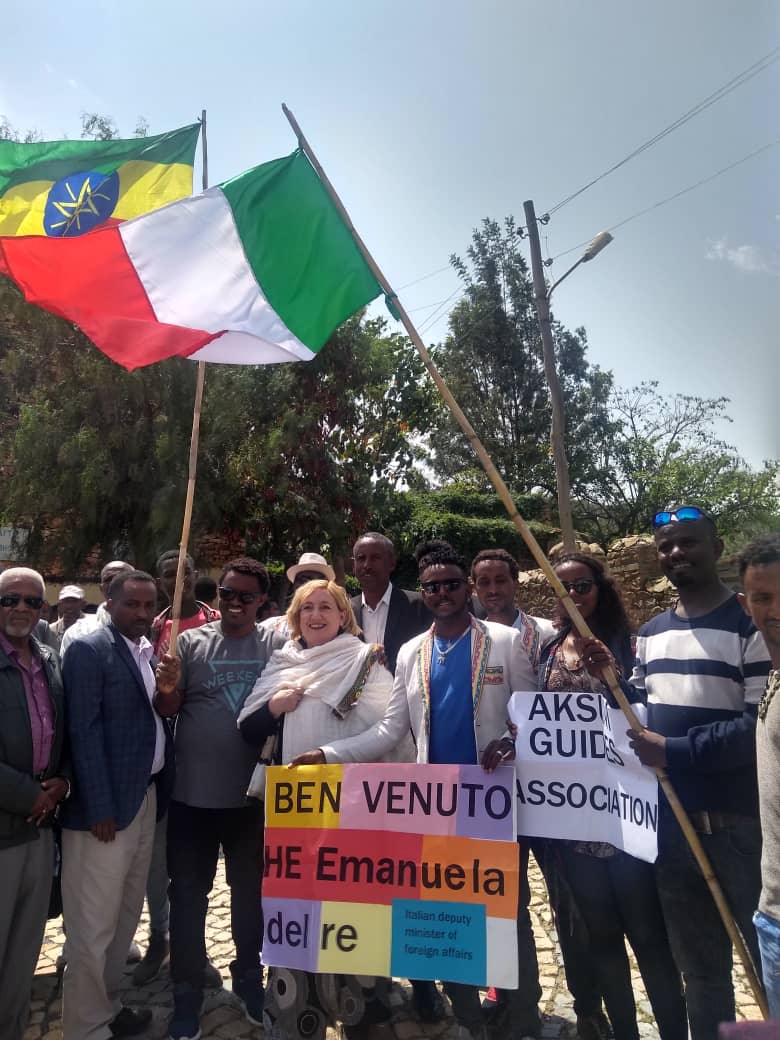