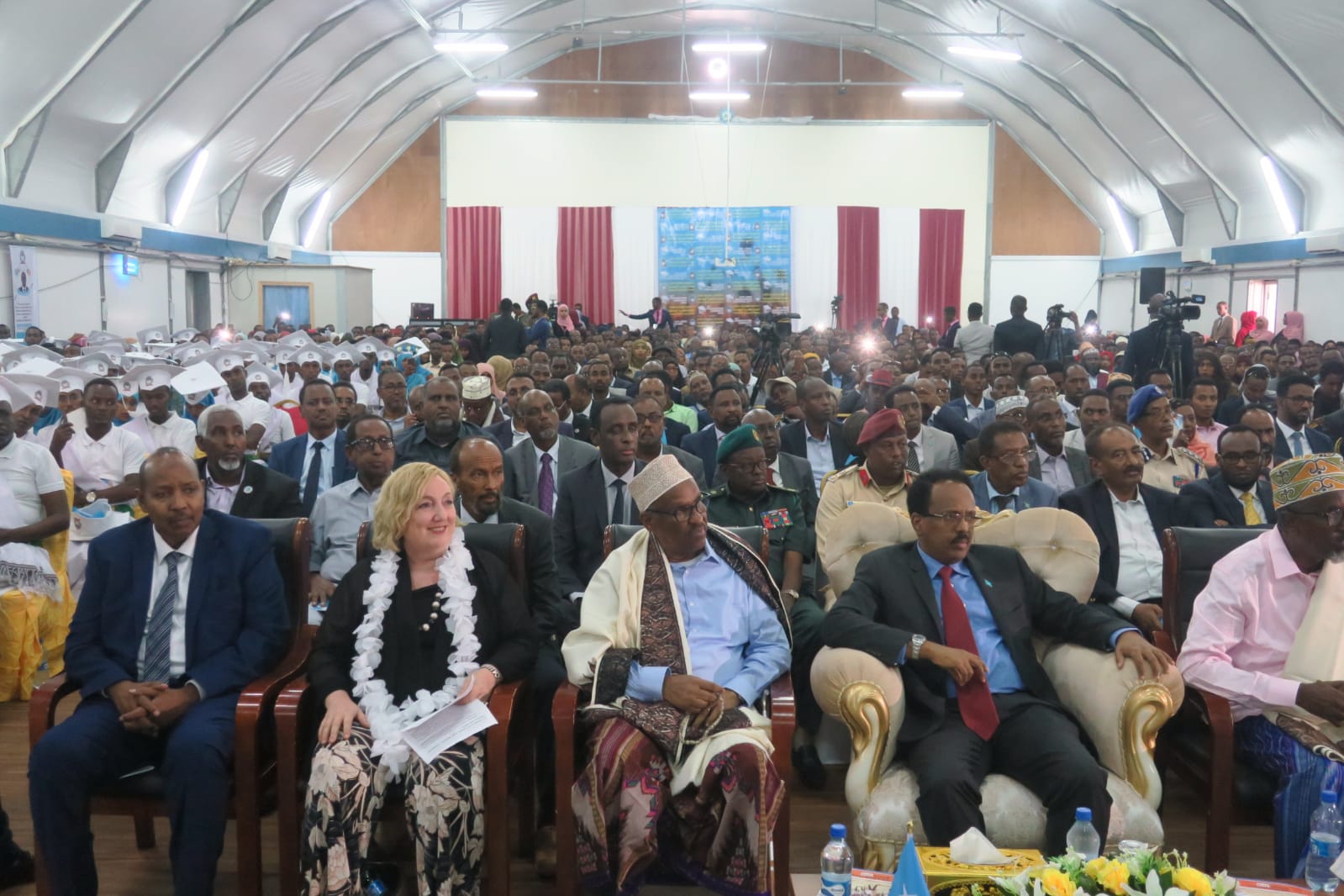 Deputy Minister of Foreign Affairs and International Cooperation, Emanuela Del Re, attended a ceremony today in Mogadishu to award the first Somali National University (SNU) degrees since it reopened in 2014, with the President of Somalia, Mohamed Farmajo also in attendance.

The Italian Cooperation system has supported the relaunching of the SNU since 2012 by means of a series of initiatives; the latest was a 4 million euro contribution to promote the “Infrastructural and strategic upgrading of the Somali National University” which is included in the 2019 plan. Italy also funded 17 scholarships this year allocated in accordance with a gender balance criterium of 50%.

“This ceremony shows the efforts the Somali government is willing to take to address the root causes of instability in the country, and I am delighted to be here for this historic occasion” said the Deputy Minister in her speech at the ceremony. The Deputy Minister also addressed the students saying “your efforts in these years and future professional successes will provide inspiration for upcoming generations of young Somalis who will continue their studies in order to make this country prosperous once again”. “Italy has always supported you, and my presence here today is proof of it” concluded the Deputy Minister.

President Farmajo’s address referred to the ceremony as “a historic event, a demonstration that Italy is here for us”. The President then expressed his wish for an increase in Italy’s economic presence in view of the many opportunities available, and for its support in organising an Italy/Somali business forum in the near future.

On the sidelines of the event, the Deputy Minister had bilateral meetings with the President of the Republic and a number of members of the Mogadishu government to discuss Italy’s support for the stabilisation of the country, also in light of the upcoming elections and the prospective policies and development of the region.  The interlocutors expressed appreciation and thanks for Italy’s support of the Somali academic institutions. Among others, the Deputy Minister met the Deputy Prime Minister, Guled, the Minister for Education, Culture and Higher Education, Abdullahi Godah Barre, the Minister of Health, Fawzyia Nure and the State Minister for Foreign Affairs, Abdi Kheyr.