Meeting of Minister Moavero with the Japanese Foreign Affairs Minister 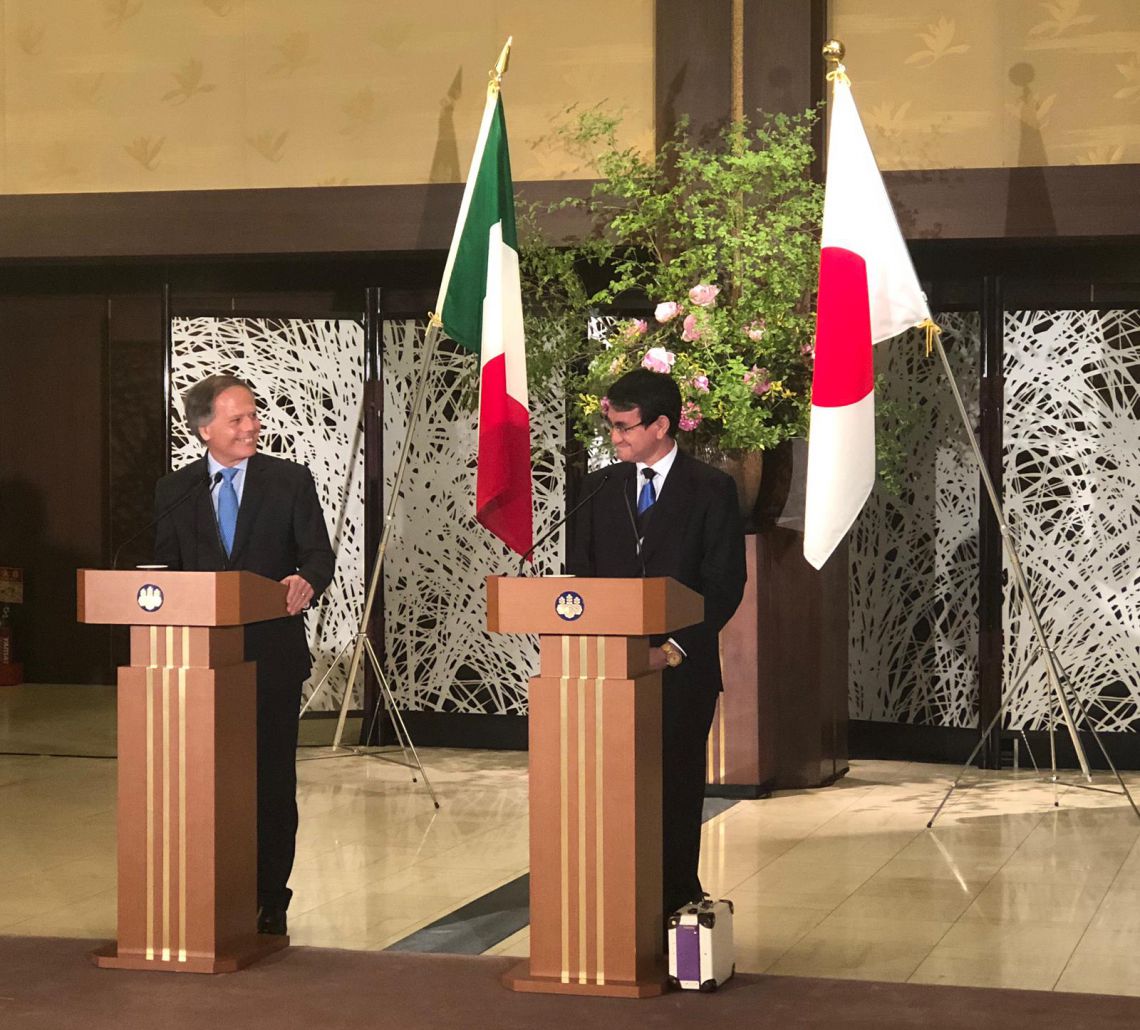 The Minister of Foreign Affairs and International Cooperation, Enzo Moavero Milanesi, had a long and thorough meeting today in Tokyo with the Minister of Foreign Affairs of Japan, Taro Kono. This is the fifth meeting between the two Ministers over the last twelve months, testifying to a friendship and very close collaboration, underpinned by regular meetings. Among the topics discussed, mention is to be made first of all, of the synergies that exist between Japan and Italy in relation to the development of better maritime connections with the Far East and Southeast Asia, the Indian sub-continent, East Africa and the Mediterranean area: "The two countries have natural convergent interests," said Minister Moavero, "related to a clear geopolitical logic and to the fact that both have an industrial and service-oriented economy with a strong focus on exports. Therefore, they can step up their coordinated initiatives to make transport and exchange routes more efficient and safer and strengthen the relevant infrastructure".

Secondly, the two Ministers have decided to fully implement the September 2018 agreement on the organization of systematic and comprehensive consultations between their respective Foreign Affairs administrations: "In this innovative framework, we have agreed" as Minister Moavero recalled, "to identify, on a regular basis, common objectives in multilateral forums; to undertake, where possible, joint initiatives in favor of peace and in defense of human rights in crisis areas and to assess together the opportunities for mutual investments, also taking into account the possible impact of Brexit on the logistics of industrial production and financial activities".

Thirdly, the two Ministers focused on some other specific issues, such as: the fight against terrorism and international crime and corruption; the protection of the quality of food products; research, technological development and innovation; cultural exchanges, harmonization of university and training courses, as well as internships; upgrading tourism; film productions and more in general, audiovisual production.

Finally, Ministers Kono and Moavero spoke about the current Japanese Presidency of the G20, the Nagoya Foreign Ministry summit in November, and the Olympic Games organized by Japan in 2020.