Minister Moavero meets with the Foreign Minister of Paraguay 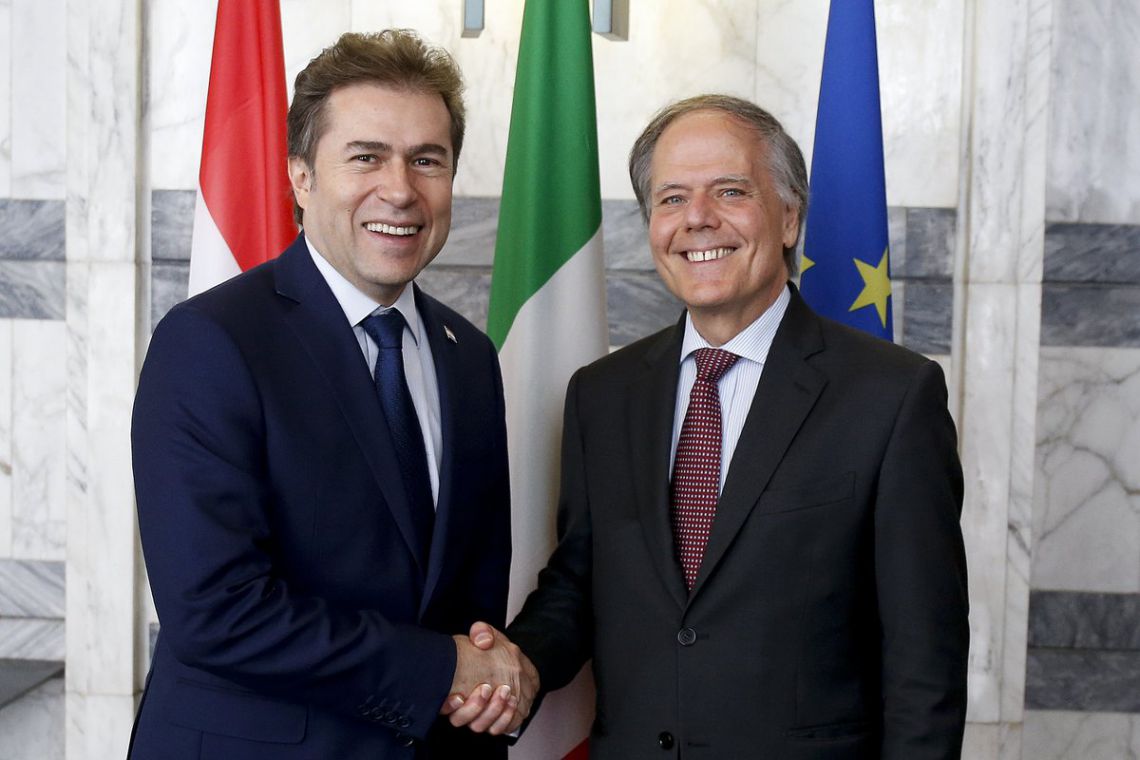 Today at the Farnesina, the Minister of Foreign Affairs and International Cooperation, Enzo Moavero Milanesi, had a meeting with the Foreign Minister of Paraguay, Luis Alberto Castiglioni. It is the third meeting of the two ministers (one was held in Paraguay last February), who are actively working together to intensify bilateral cooperation and prepare a quantum leap in the relations between Italy and Latin America. Today’s meeting particularly focused on the investment opportunities for Italian companies in Paraguay, especially in the sector of infrastructure for rail, river and maritime intermodal freight transport. This makes for works of considerable importance for all the Countries in the central area of South America.

The two ministers also discussed the upcoming Italy-Latin America and Caribbean Conference scheduled next 9 and 10 October in Rome and agreed on the aim of relaunching and promoting relations between our Country and the large part of the world with which we have strong historic ties and significant current opportunities, in a political strategic perspective. Lastly, they discussed Europe’s negotiation of the free trade agreement between the EU and Mercosur and on the development of the extremely difficult situation in Venezuela.