Deputy Foreign Minister Del Re on diplomatic mission to Djibouti

On 30 and 31 July, the Deputy Minister of Foreign Affairs and International Cooperation, Emanuela Del Re, went on a joint diplomatic mission to Djibouti with the Minister of Defence, Elisabetta Trenta, to attend several significant initiatives promoted at the Italian Military Support Base (BMIS) “Amedeo Guillet”, concomitantly to the call in the port of Djibouti of the frigate “Marceglia”, which participates in the EU Atalanta Mission to combat piracy in the Gulf of Aden and in the Indian Ocean.

During their visit, the two Government officials had fruitful meetings with the Minister of Foreign Affairs, Mahmoud Ali Youssouf, and the Minister of Defence, Hassan Omar Mohamed Bourhan. The meetings reaffirmed the two Countries’ interest in further reinforcing cooperation between Djibouti and Italy. To this end, the ministers expressed the wish to soon sign the Framework Agreement on Defence Cooperation and the Technical Agreement on the permanence of military personnel. Moreover, the meeting also examined Italy’s proposal, launched by Deputy Foreign Minister Del Re, to set up an Italian-Djiboutian Military and Civilian Personnel Training Centre of Excellence for the Countries of the Horn of Africa, focused on issues such as security and the management of migration flows. “Italy believes in a holistic cooperation development strategy, in which security plays a key role,” said Deputy Foreign Minister Del Re, emphasising the role that the will-be Centre – born of a joint initiative between the MAECI and the Ministry of Defence – could have in promoting ever-closer synergies between security and development policies.

As part of the CMIC (Military and Civilian Cooperation) initiatives promoted by the Italian Military Base, the two Government officials also took part in the ribbon-cutting ceremony of "Parco Roma", which was built in the city of Djibouti. The Deputy Foreign Minister also attended the closing ceremony of the first year of the training course for Djibouti’s Coast Guard organised at the Djibouti Base by the Italian Navy’s San Marco Marine Brigade. 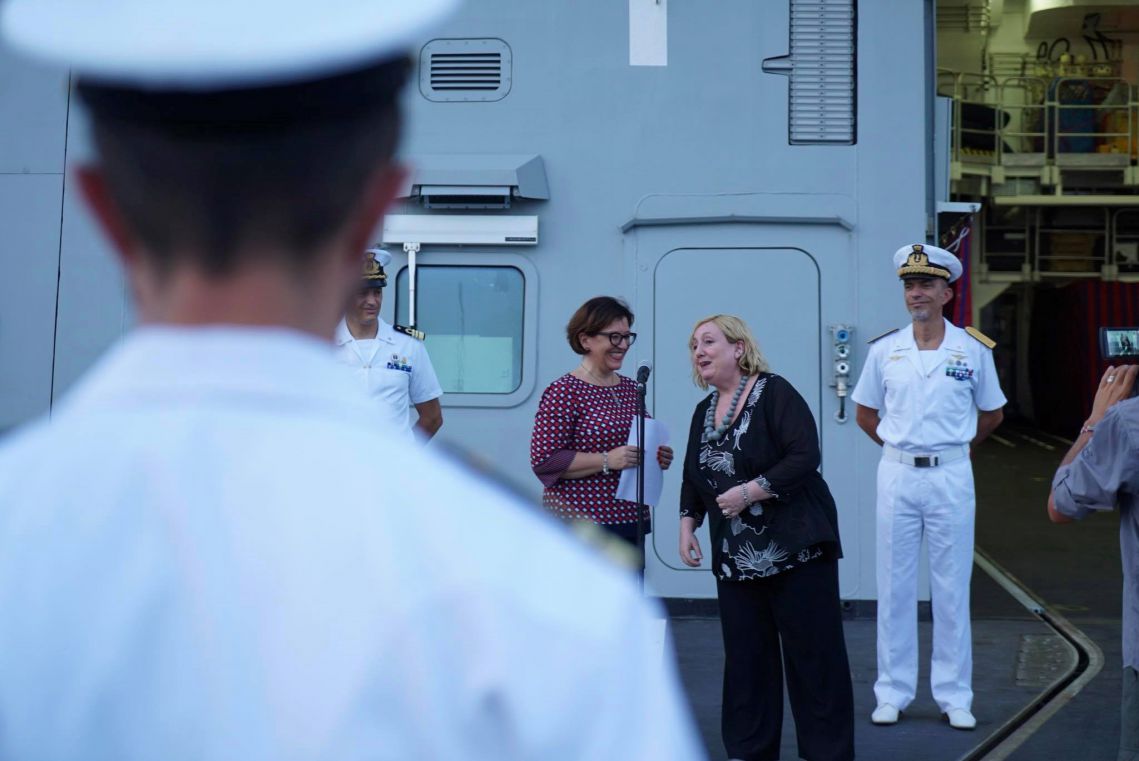