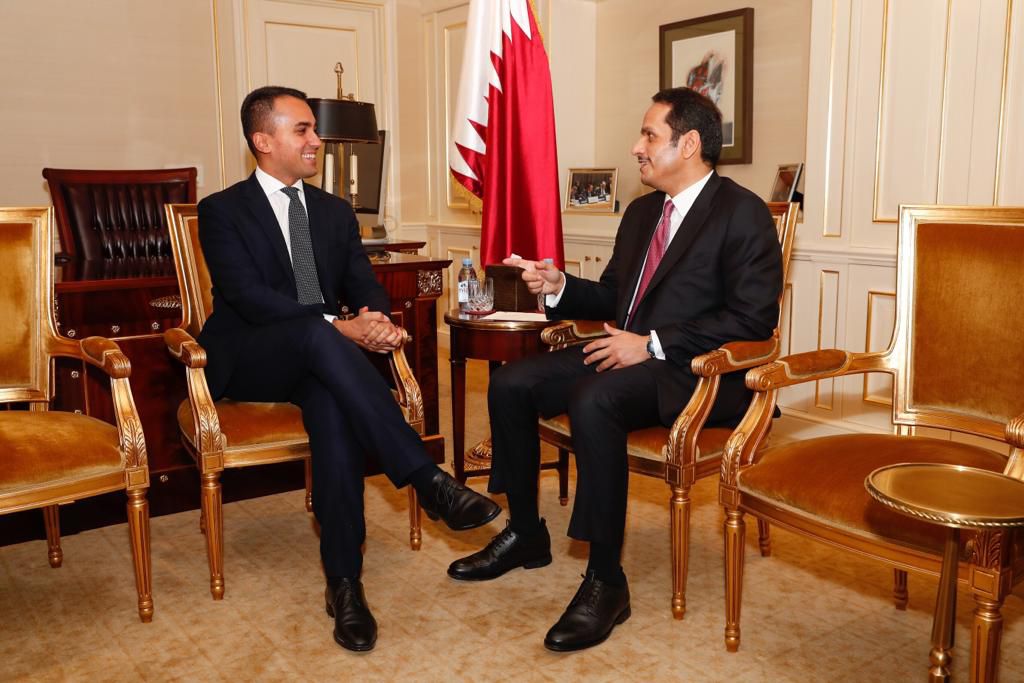 The Minister of Foreign Affairs and International Cooperation, Luigi Di Maio, met with his Qatari counterpart, Sheikh Mohammed Al Thani, on the sidelines of the 74th United Nations General Assembly.
Several topics were high on the meeting's agenda such as trade relations, international investments and the crises in Libya and in the Persian Gulf. "Our countries enjoy very tight economic relations. Qatari investments in Italy are estimated to exceed seven billion euros and we are expecting for that figure to grow, in particular through new investments in the field of tourism and sports," said Minister Di Maio. "Several Italian companies are involved in projects for the 2022 FIFA World Cup. Our cooperation in the field of energy is equally excellent," the Minister added.
As regards the Libyan crisis, Minister Di Maio pointed out the need for full cooperation between all of the countries most directly involved, like Qatar, in view of a UN-led political solution. He also highlighted the important role played by Doha in dissuading the parties to the conflict from taking any military action. Finally, with reference to the Persian Gulf, the Minister pointed out that it is essential to prevent any initiative that would contribute to firing up tensions and that it would be better to work towards achieving shared solutions within the Region. "Italy favourably judges any inclusive diplomatic action," he said.