Minister Luigi Di Maio receives the Secretary-General of the World Tourism Organization, Zurab Pololikashvili, at the Ministry of Foreign Affairs

The Minister of Foreign Affairs Di Maio received today at the Farnesina Palace, seat of the Ministry of Foreign affairs, the Secretary-General of the World Tourism Organization (WTO), Zurab Pololikashvili. The Secretary-General chose Italy for his first visit abroad on the launch of the United Nations #RestartTourism campaign. The campaign is a global initiative through which the WTO will promote the reopening of borders to tourism and boost economic recovery. Coordinated measures between the public and private sectors in full safeguarding the safety of citizens, will be implemented.

After thanking the Secretary-General for having chosen Italy as his first destination after the reopening of the borders, Minister Di Maio reiterated how the Italian action, even during the most acute phase of the crisis, has always been based on safeguarding the principle of freedom of movement within the European Union, compatibly with the priority need to defend public health. Italy and the European Union have worked and will work hard in recent weeks to ensure a gradual reopening of borders and international flights while increasing standards and sanitation protocols that allow tourists to enjoy Italian and European beauties in complete safety. In this regard, Minister Di Maio stressed that Italy is, today, thanks to the timely and transparent measures adopted by the government, a safe tourist destination.

Finally, Minister Di Maio and Secretary-General Pololikashvili agreed on the importance of developing a more sustainable global tourism industry which represents a further tool for the socio-economic development of the territories. 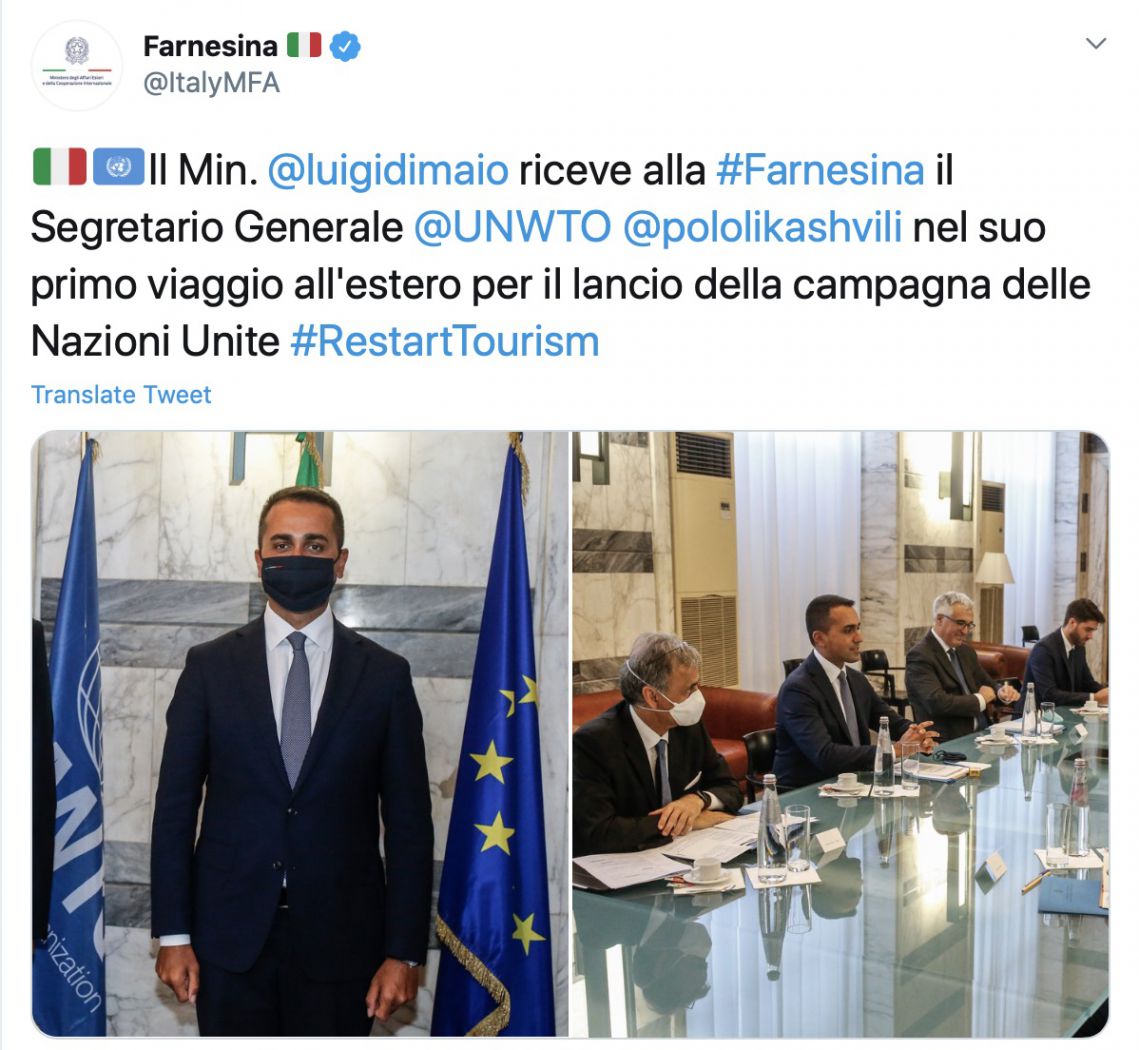