Alfano meets with Davis, British Secretary of State for Brexit. The living conditions of Italians residing in London prior to Brexit will not undergo changes

“We deem it very important that, following Brexit, the acquired rights of Italian and European citizens residing in the United Kingdom, just as those of the British citizens living in EU Countries, continue to be guaranteed on the basis of the principle of reciprocity and non-discrimination. In particular, I was assured on the fact that the Italians residing in London prior to Brexit will maintain their rights unchanged and that, consequently, their living conditions will not undergo changes,” said Minister Alfano at the end of a meeting at the Farnesina with the Secretary of State for Exiting the European Union, David Davis. He added: “We are working to make future relations between the EU and the United Kingdom continue within a new strategic partnership that might take into consideration the many common interests: from fighting terrorism and international crime to the sectors of security and defence and to culture and research. In this context, in which a new relationship is being built outside the common belonging to the EU family but that is nonetheless based on deep friendship and cooperation, protecting individual rights is one of our top priorities.” 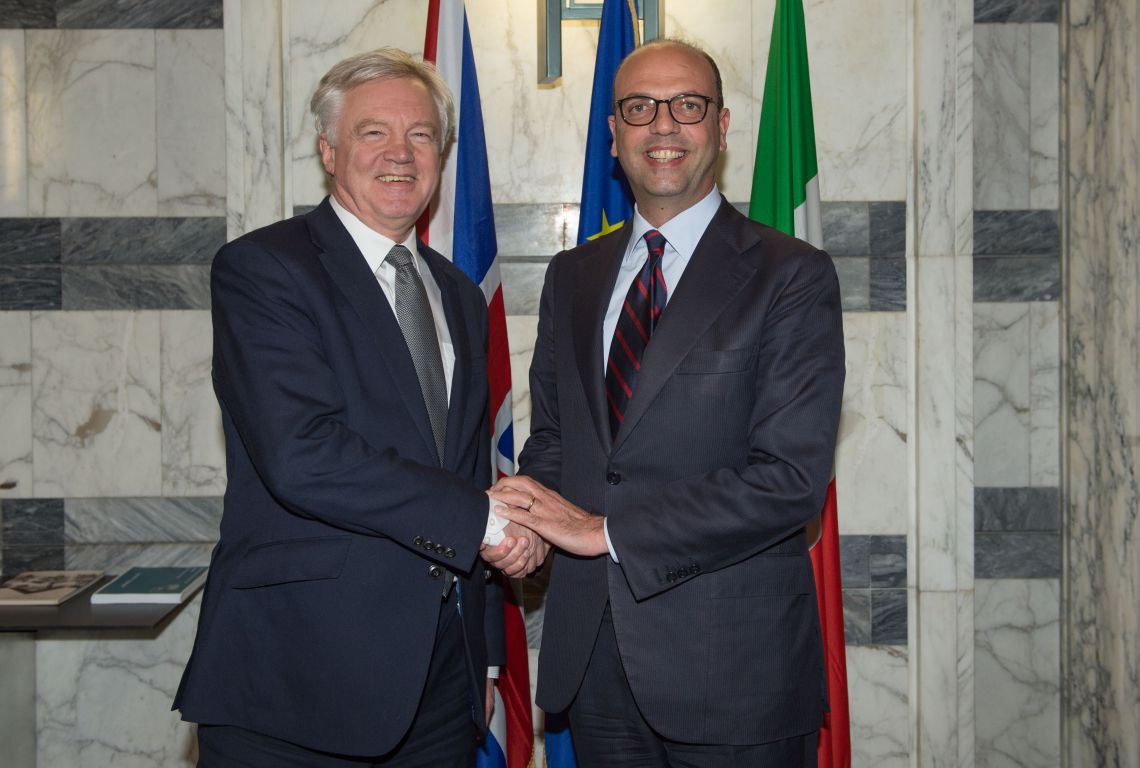