“Defending the freedom of religion is one of foreign policy’s loftiest tasks: with the protection of religious freedom, we affirm the primacy of law and security. Conversely, the absence of religious freedom brings with it instability,” said the Minister of Foreign Affairs and International Cooperation, Angelino Alfano, during his meeting with the Executive Director of the American Jewish Committee, David Harris, and with representatives of Jewish Associations, on the sidelines of the United Nations General Assembly in New York.

“I am sincerely concerned by the spread of antisemitism and religious-based violence and intolerance. We cannot tolerate intolerance,” specified Alfano, who recalled having opened last July an Observatory on Religious Freedom in the World and the Respect of Religious Freedom.  “We must not confuse the freedom of expression with the freedom to spread hate because history has already taught us too many tragic lessons,” the minister added.

“Israel is our ally and I count also on your friendship to strengthen the bilateral relations between our two Countries, especially through the contacts between our civil societies. Today, Italy and Israel share a mission: they are the modern champions of democracy, pluralism, human rights and tolerance in the Mediterranean region,” concluded Italy’s chief diplomat. 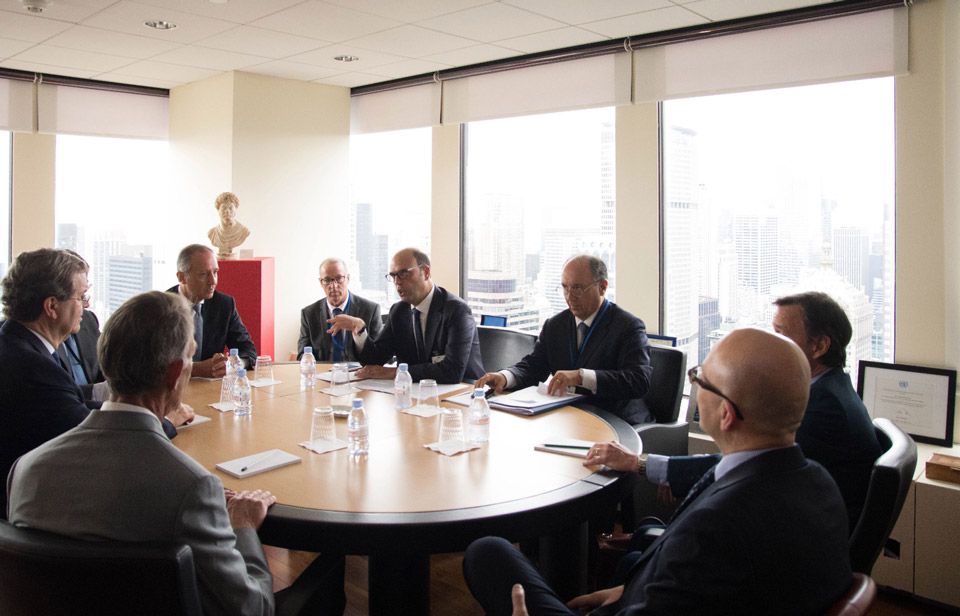