Gentiloni-Zarif talks - Gentiloni: relaunching a fundamental relationship for the stability of the region

The Minister of Foreign Affairs and International Cooperation, Paolo Gentiloni, received the Iranian Foreign Minister, Mohammad Javad Zarif, to Palazzo della Farnesina this morning, as part of President Hassan Rouhani’s first visit abroad after Implementation Day, which marked on January 16 the coming into force of the agreement on the nuclear programme and the removal of the relevant financial sanctions.

“The solution to the nuclear issue”, commented Minister Gentiloni, “allows us to relaunch our political, commercial and investment partnership”.

At the heart of the Ministers’ discussions were the major regional crises and particularly negotiations on Syria, the situation in Libya, the shared contrast to terrorism and violent extremism, the fight against drug trafficking and the protection of human rights.

Minister Gentiloni stressed his concern over the political and diplomatic tensions in the Middle East, which risk to unsustainably exacerbate the divisions within the Islamic world and to compromise the diplomatic efforts underway to solve the area’s major crises, which must necessarily entail dialogue between the main countries of the region. Minister Zarif highlighted the role of balance played by Italy in the main international crises. “Italy has always supported Iran’s role as a regional major player in solving the area’s tensions, beginning with the Syrian crisis,” concluded Gentiloni. 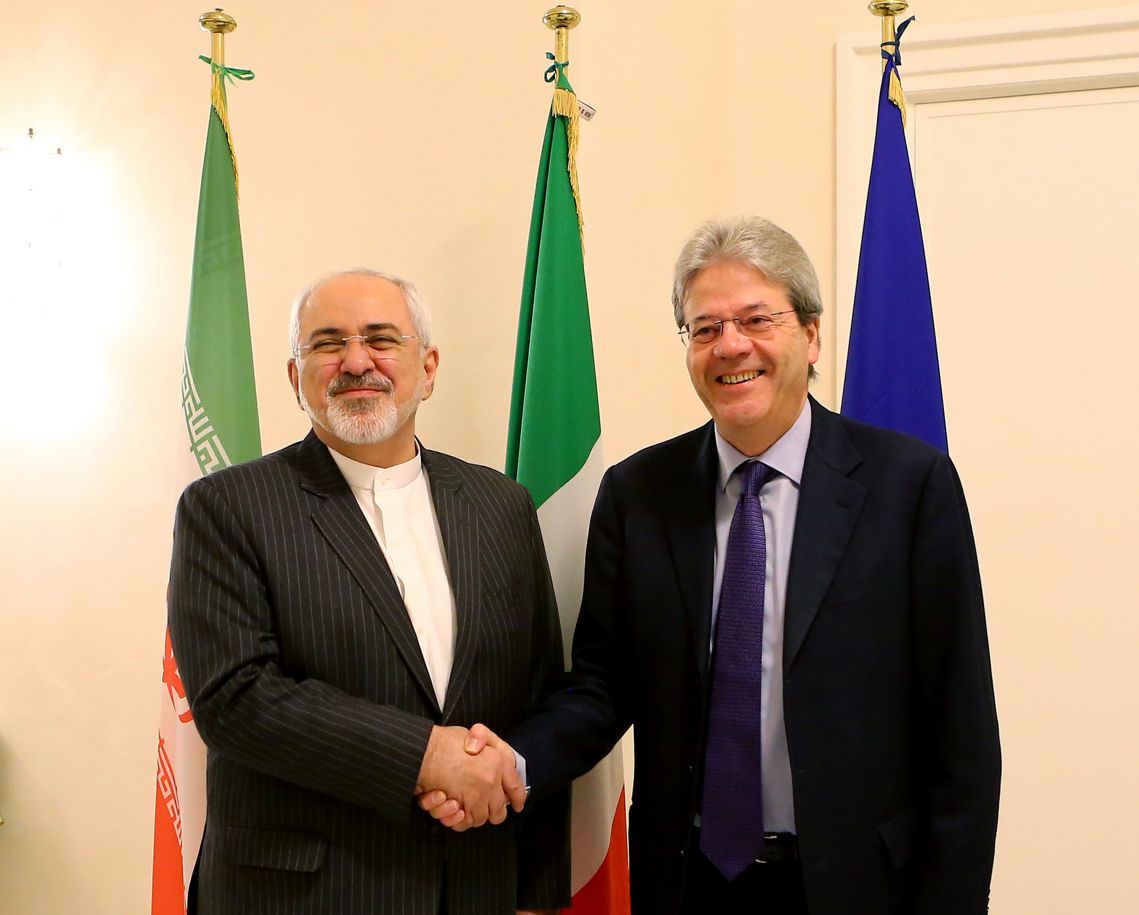