“Africa and the Mediterranean are a foreign policy priority for Italy”, says Gentiloni

The Minister for Foreign Affairs and International Cooperation, Paolo Gentiloni, attended the first working lunch organised by the African diplomatic corps in Rome. The aim of the lunch, which took place today, 21 April 2015, was to review and analyse the outlook for, and Italy’s strategies with respect to, the continent.

“Africa and the Mediterranean are a foreign policy priority for Italy”, declared Minister Gentiloni. He recalled the Italy-Africa initiative, which “views the continent as a strategic partner for our country in the energy, environment and agriculture sectors and in inter-cultural dialogue”.

Gentiloni expressed his condolences to those countries that have suffered the dramatic consequences of terrorism. He underscored that “combating terrorism is not just a priority for Europe but plays a role in stability in Africa and in the Mediterranean and in the economic growth of the region”.

“The stabilisation of Libya is a priority and is essential to combating people-trafficking”, continued Minister Gentiloni. “Yesterday [20 April 2015], 56 ministers taking part in an extraordinary EU Council [of foreign and home affairs ministers] sent out an important signal as a reaction to the tragedy in the Mediterranean. And on Thursday 23rd the first Extraordinary European Council since the days of 11 September 2001 will take place. Italy has been innovative and pro-active: during our European Presidency we introduced the Khartoum Process which, along with the Rabat process, is vital to collaboration between Italy and Africa”.

Turning to Development Cooperation, Gentiloni told the African diplomats that “the new law on cooperation offers new instruments and an agency that will increase the efficiency of our work. It will flank our traditional aid policies with economic partnerships with African countries”.

Lastly, Gentiloni highlighted the economic and commercial opportunities that EXPO 2015 offers to Italian and African countries. 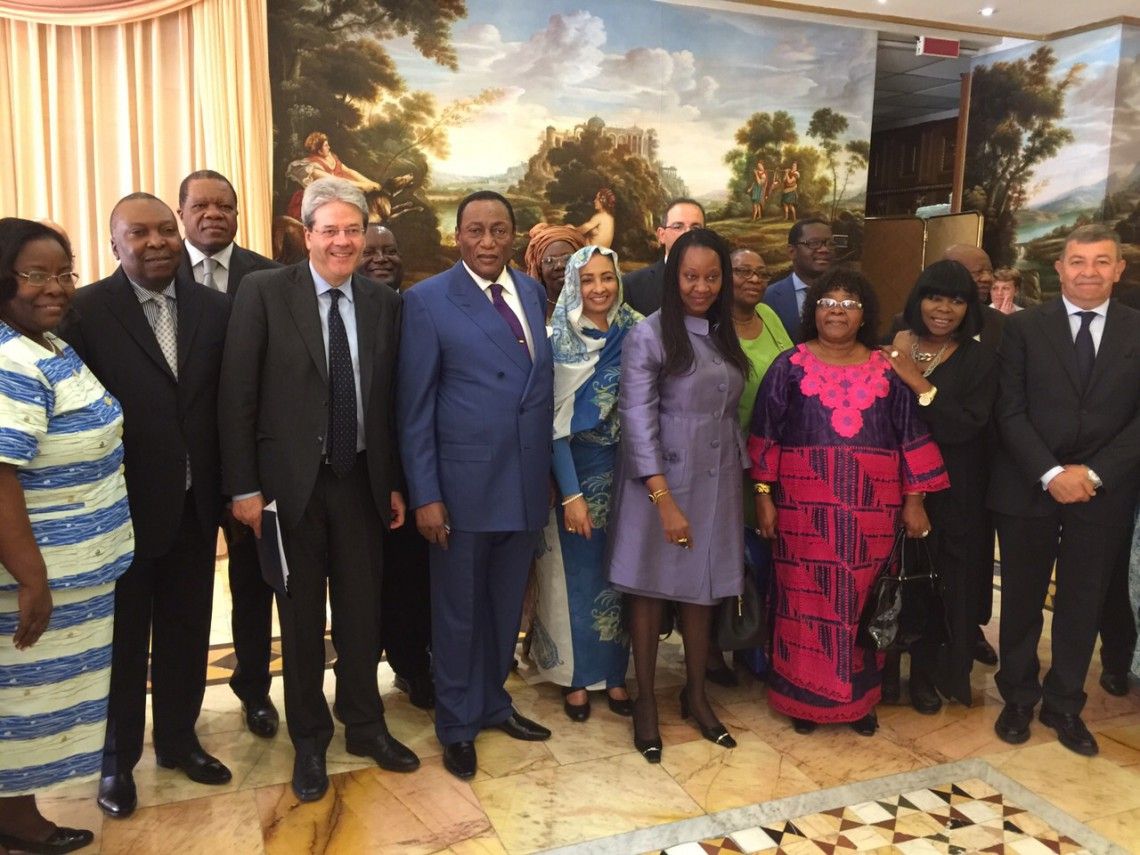