"Italy is honoured to take over the OSCE presidency. We strongly believe in this organisation and in its mission of promoting peace, security and stability. It is an invaluable mission, all the more so in a European and international context as the one we live in, with the threats which we must face, that put balances seriously in jeopardy," said Italian Minister of Foreign Affairs and International Cooperation, Angelino Alfano. The minister is presenting the Italian Presidency mission's priorities today before the OSCE's Permanent Council, in Vienna, where Italy will begin its term on January 1, 2018.

Minister Alfano will present, to the permanent representatives of the 57 member countries, the mission of the Italian Presidency of the organisation at the Hofburg Imperial Palace. Special attention will be given to the crisis in Ukraine and on  the other "prolonged conflicts" of  Nagorno-Karabakh, Georgia and Transnistria, and the challenges and opportunities from the South,  Mediterranean issues and a  strengthening response to the migration emergency. Reference will also be made to the political and military, the economic and environmental and human committments which reflect the concept of "comprehensive security", which is one of the pillars of the organisation.

Minister Alfano's address will be broadcast via live streaming at 10 am, on the Farnesina's website at www.esteri.it

The Italian Foreign Minister will hold talks with his Austrian colleague, Sebastian Kurz, during the visit.  Minister Alfano will also have a brief meeting with OSCE's senior officials, whose appointments were confirmed on July 18. They include: Secretary General,  Ambassador Thomas Greminger; the director of the Office for Democratic Institutions and Human Rights,  Ingebjorg Gisladottir; the representative for Freedom of the Media, Harlem Désir  and the High Commissioner  for National Minorities,  Ambassador Lamberto Zannier. Ambassador Zannier was the organisation's secretary general from 2011 to June 30,  2017. 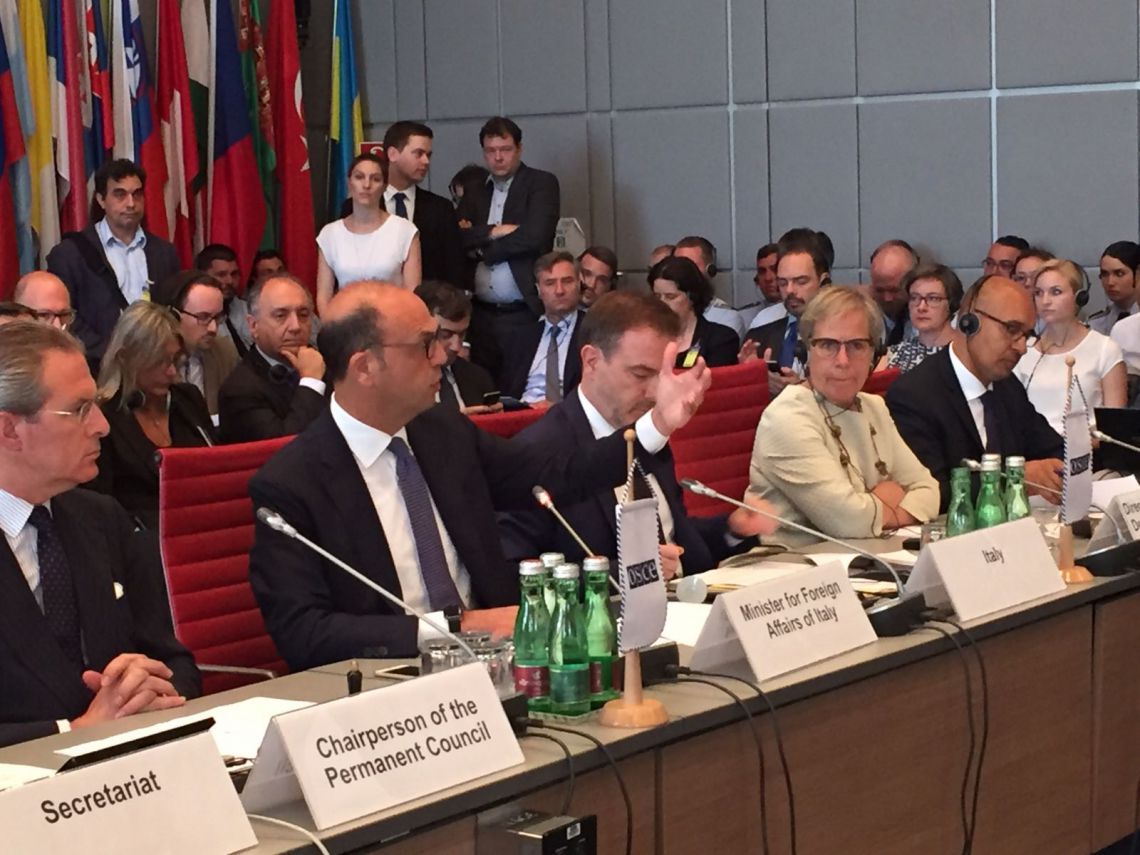