Minister Moavero Milanesi at work at the Farnesina

Maeci
After swearing into office on Friday, 1 June 2018, before the President of the Republic, the Minister of Foreign Affairs and International Cooperation, Enzo Moavero Milanesi, officially took office at the Farnesina today, where he immediately got to work

After swearing into office on Friday, 1 June 2018, before the President of the Republic, Sergio Mattarella, the Minister of Foreign Affairs and International Cooperation, Enzo Moavero Milanesi, officially took office at the Farnesina today, where he immediately got to work.

In addition to having a meeting with his predecessor, Angelino Alfano, for the traditional transfer of power, Minister Moavero Milanesi also met with the Ministry’s Secretary General Belloni together with all the Directors General. It is the team on which the minister intends to base his action at the Foreign Ministry in addressing the principal dossiers and challenges currently on the international scenario. The minister went on to address a message to all the Ministry’s staff, specifying as follows: “Intelligent foreign policy action represents the primary instrument in the current global context, which is ever-more complex and competitive, on the continuous thrust of new technologies. We are faced with a framework of political and economic relations that is very different from the past. Just as in a kaleidoscope, the equilibria change, the ‘situation rents’ shift, the challenges, opportunities and risks succeed and alternate each other.”

The minister added: “The Foreign Ministry possesses a legacy of experience that is key to guaranteeing that Italy continue to be among the leaders of a changing world.” The chief of Italian diplomacy concluded: “We will act through genuine teamwork, each and all essential to achieve the collective result. Our service and our mission are a public good, let us make it tangible and valuable for citizens, institutions and businesses: in a word, for Italy”. 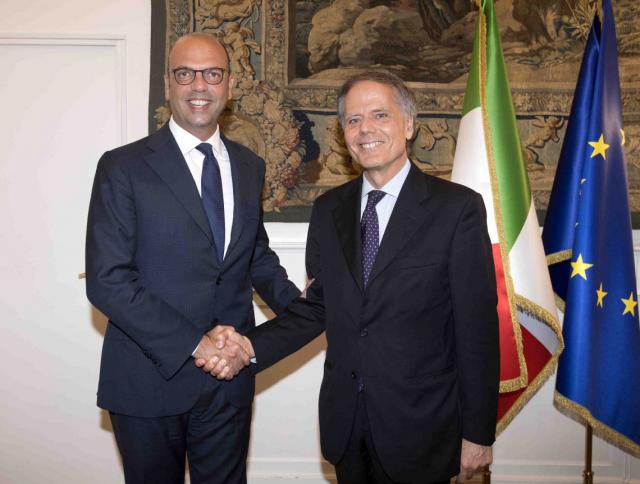