Maeci
Undersecretary of State for Foreign Affairs and International Cooperation, Manlio Di Stefano, opened the programme entitled "L'Italia che funziona" at the Chamber of Commerce in Bologna today. It comprises a series of meetings in the area with a view to illustrating the reforms and measures developed by the Government to support Italian enterprises. The programme is jointly promoted by the Ministries of Foreign Affairs and International Cooperation and Economic Development, and Cassa Depositi e Presititi, CDP, in cooperation with the Chambers of Commerce.
In his opening remarks, undersecretary Di Stefano said the Government believes the entrepreneurial system plays a major role and illustrated the measures adopted to support Italian companies focusing on Italian economic diplomacy, its services and supporting actions on international markets. High officials of the Ministry of Economic Development and CDP gave a detailed description of incentives and measures currently available for companies, which can be found on the new portal at www.incentivi.gov.it and in the new 2019-2021 Business Plan, along with the opportunities they offer Italian enterprises wanting to go international. At the end of the meeting there was a Q&A session. Meetings will continue today in Trento at 3:00 pm and in Venice and Trieste tomorrow at the premises of the local Chambers of Commerce at 10:00 am and 3:00 pm respectively. In the weeks to come, the initiative is due to travel across the peninsula from North to South according to an agenda which is now being finalized.
It is a programme promoted by  Undersecretary Di Stefano within the framework of the Ministry's Economic Diplomacy. It is designed to draw institutions and the entrepreneurial world closer together in order to boost the internationalization of Italy. Today, Italy's Economic Diplomacy accounts for 1% of the country's GDP, generating a value added of 15.9 billion euros and employing 238,000 people in Italy, with total revenue of 23 billion euros for the country's entrepreneurial system. 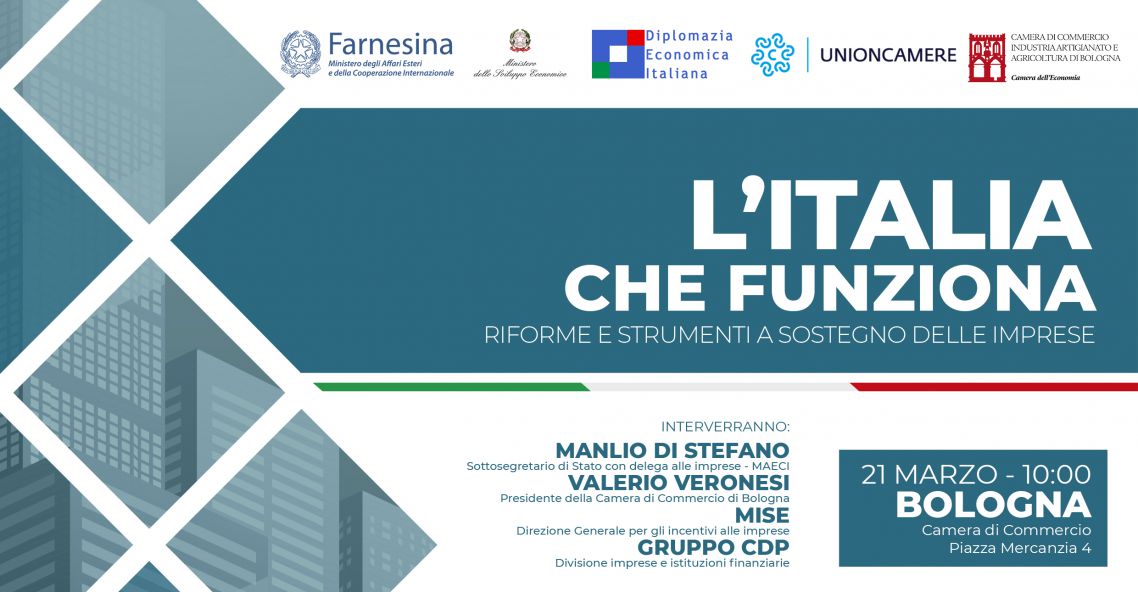