The Minister of Foreign Affairs and International Cooperation, Angelino Alfano, welcomed to the Farnesina the Libyan Deputy Prime Minister, Ahmed Maitig, with whom he examined the major issues regarding bilateral political and economic cooperation, in view of the First Economic Forum between Italy and Libya that is set to take place in Agrigento  on 7 and  8 July. During the cordial meeting, Minister Alfano said that "the Italian government is strongly committed to the stabilisation of Libya, which has long been a strategic partner for Italy." The Minister underlined that "cooperation in the economic, infrastructure and energy sectors is a fundamental element of the bilateral partnership, to which Italy ascribes the utmost importance." Minister Alfano expressed his satisfaction to Deputy Prime Minister Maitig on the state of the preparatory work for the the First Economic Forum between Italy and Libya, which was first announced by the Italian Foreign Minister during his visit to Tripoli on May 6. "The Forum underlines Libya's  strategic importance to Italy, also as an economic and trading partner," highlighted Alfano. He noted that the Forum will represent "a first chance for an in-depth focus on the Libyan market and the opportunities it will provide once security conditions have been re-established, as well as on the future positioning of  Italy's economic system in Libya." " There are a number of Italian companies which would like to invest again soon in the country," said the Foreign Minister, adding he believed that the Forum " will contribute to strengthening further the bonds between Italy's businesses  and Libya." 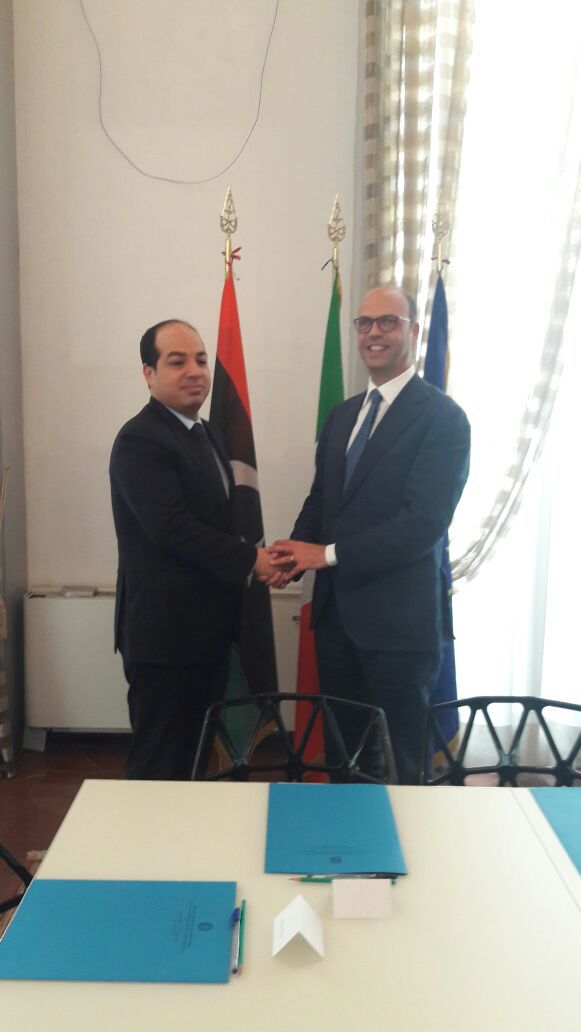