Minister Moavero meets with the Foreign Ministers of Ethiopia and Eritrea

As part of the meetings scheduled in New York on the sidelines of his participation in the 73rd UNGA, the Minister of Foreign Affairs and International Cooperation, Enzo Moavero Milanesi, had a cordial and in-depth meeting with the Foreign Minister of Ethiopia, Workneh Gebeyehu, and of Eritrea, Osman Saleh.

The meeting, organised in support of the agreement signed by Ethiopia and Eritrea in Jeddah last 16 September and of the ongoing peace process, falls within the context of Italy’s excellent relations with both Countries. The signing of the Agreement is particularly significant and is a fundamental step toward the stabilization of the Horn of Africa.

Minister Moavero pointed out how the peace sealed between Ethiopia and Eritrea is a great achievement, capable of having a positive fallout on the entire region.

The Minister, recalling Italy’s historic commitment to the two Countries, assured his counterparts of Italy’s firm and active support for the full enforcement of the Peace Agreement both at bilateral level and at different international and multilateral levels. Italy – he said – is motivated and ready to support Ethiopia’s and Eritrea’s economic growth and sustainable development through cooperation activities and education and vocational training programmes aimed at upgrading the two Countries’ human capital.

With a view to further detailing the positive effects that the Peace Agreement can have throughout the region and to grasping the new opportunities offered, Minister Moavero confirmed his invitation to the two ministers to attend and actively participate in the Italy-Africa Conference that will be held in Rome on 25 October. 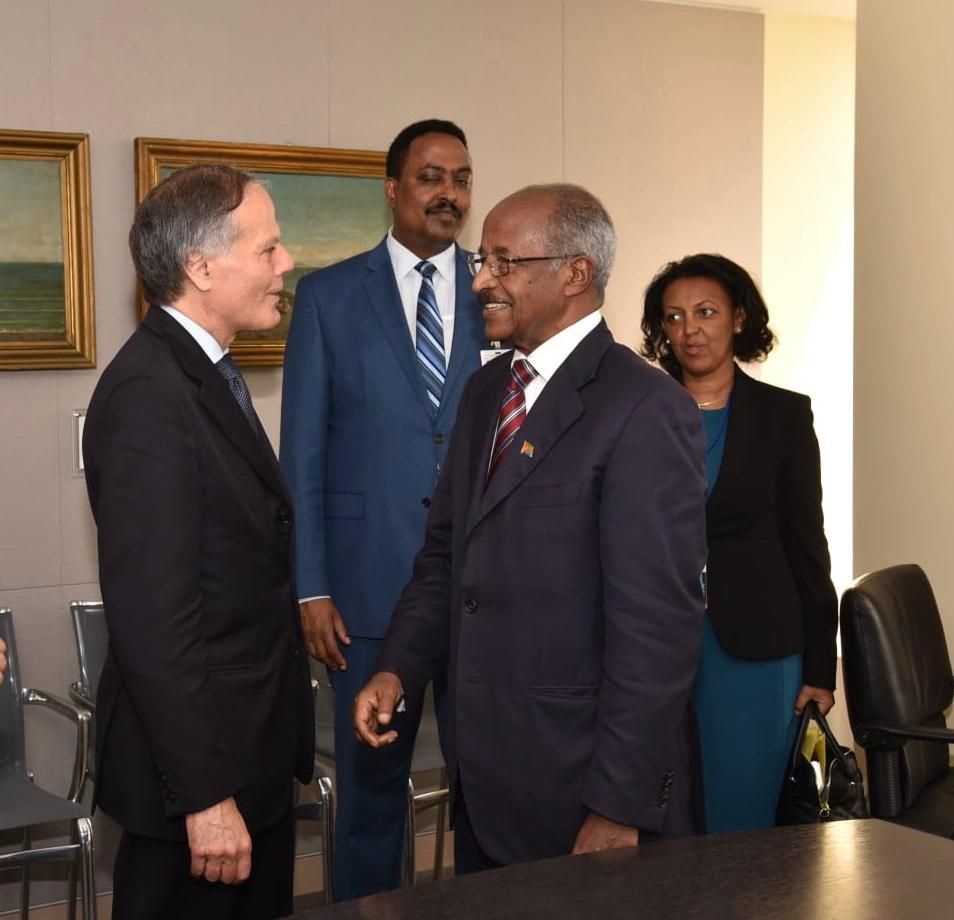