At the meeting, they reaffirmed the excellent bilateral relations between the two Countries and discussed the external dimension of European migration policies and the EU’s priorities in the field of development cooperation, with a special focus on Africa, also in view of Finland’s rotating presidency of the EU Council in the second semester of 2019.

“The African continent is at the centre of Italy’s interests,” said Deputy Minister Del Re. She went on to recall the importance of the recent Peace Agreement signed between Eritrea and Ethiopia, which indicates the existence of a new impulse in the African continent, and underscored how development programmes must aim at releasing all its enormous potential, through partnerships with African countries and by concentrating on persons and on human development. Minister Virolainen agreed with this approach and also agreed with Deputy Foreign Minister Del Re on the importance of investing in the empowerment of women.

The Deputy Foreign Minister illustrated to Minister Virolainen Italy’s approach to the migration phenomenon, whereby migrations are a global challenge that cannot be handled by a single Country and require an international response based on shared responsibilities and tackling the deepest causes of illegal immigration. Minister Virolainen expressed her support for the Italian position and Finland’s support for migrant relocation policies within the EU. 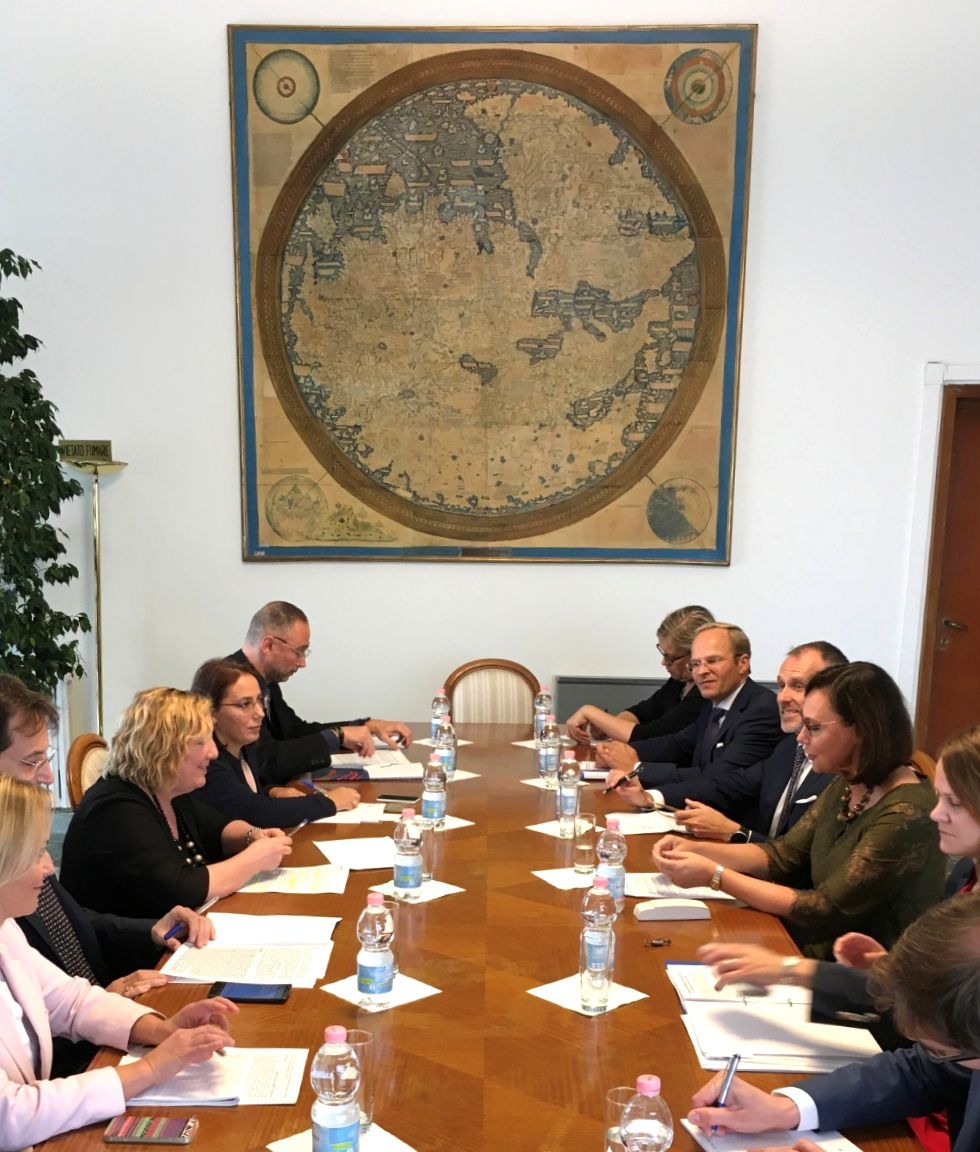