The Undersecretary of State for Foreign Affairs and International Cooperation for the OSCE Italian Chairmanship, Guglielmo Picchi, addressed the participants of today's high-level session, also attended by the Ministers of Foreign Affairs of Spain and the Slovak Republic. In his speech, Picchi recalled the importance of enhancing co-operation between the OSCE participating States and its Mediterranean partners, in particular on issues that play a key role in their respective agendas such as the management of migration flows, the fight against human trafficking, countering terrorism and energy co-operation.
Undersecretary Picchi underlined that "security in the Mediterranean poses challenges that must be tackled, as well as opportunities that must be seized. To do so, we need a stronger partnership and a long-term vision". Picchi also confirmed Italy's concrete commitment to promote OSCE projects and initiatives aimed at enhancing co-operation with Southern Mediterranean countries.

Speaking at yesterday's opening session, the 2018 Italian OSCE Chairmanship Coordinator, Ambassador Vinicio Mati, highlighted Italy's specific focus on strengthening the Organisation's Mediterranean security context, which represents one of Italy's priorities as OSCE Chairmanship in the current year. Ambassador Mati added that "the context of Euro-Mediterranean security is indivisible from and complementary to the OSCE Euro-Atlantic and Euro-Asian security".

Mediterranean security will be at the centre of the OSCE's next Ministerial Council to be held under the Italian Chairmanship in Milan on 6-7 December 2018. 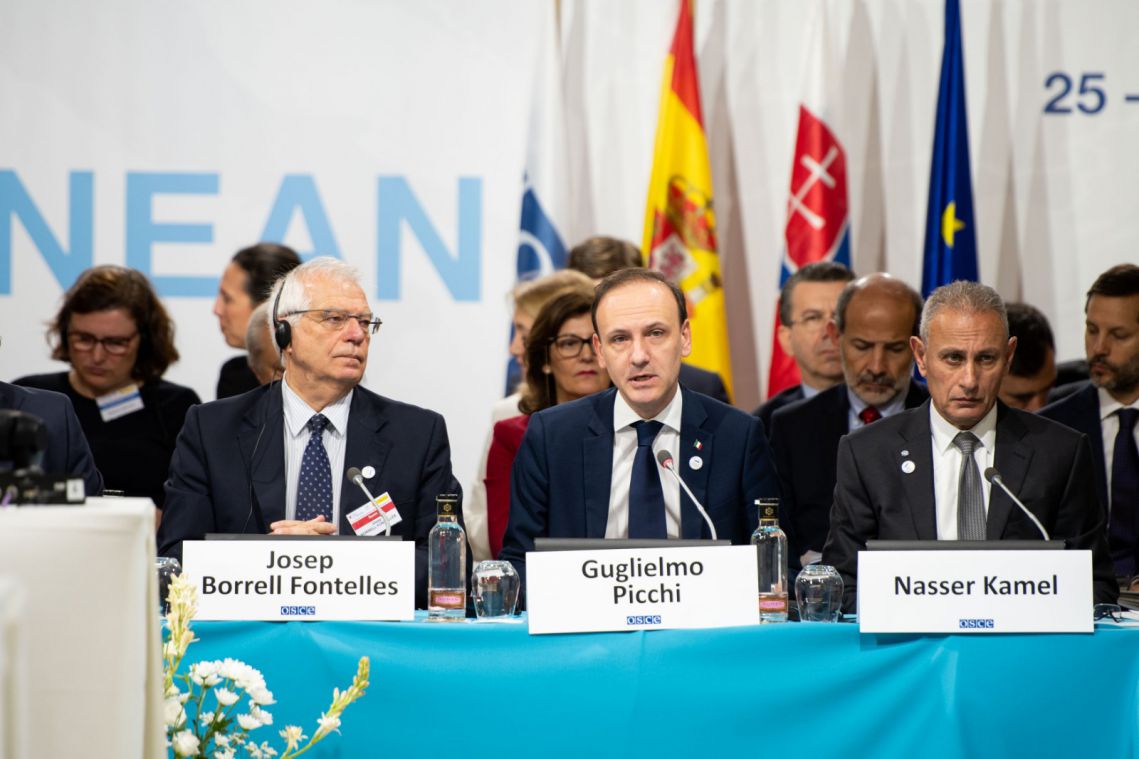