Undersecretary Emanuela Del Re received a delegation from the "Vento di Terra" Association and the Change.org platform who submitted a 400,000 name petition against the demolition of the so-called "Rubber Tyre School" in Khan Al Ahmar village on the West Bank. It had been financed by the Italian Development Cooperation and built by Vento di Terra.

The Undersecretary repeated Italy's strong attention and deep concern about this situation with its evident humanitarian, symbolic and political connotations. She also reassured the delegates of Italy's unfailing commitment at the political and diplomatic levels, in coordination with its main European partners.

The school has represented a concrete response to urgent needs for years, in compliance with the principles of international humanitarian law. It is also an example of cooperation between the Italian Development Cooperation and NGOs. 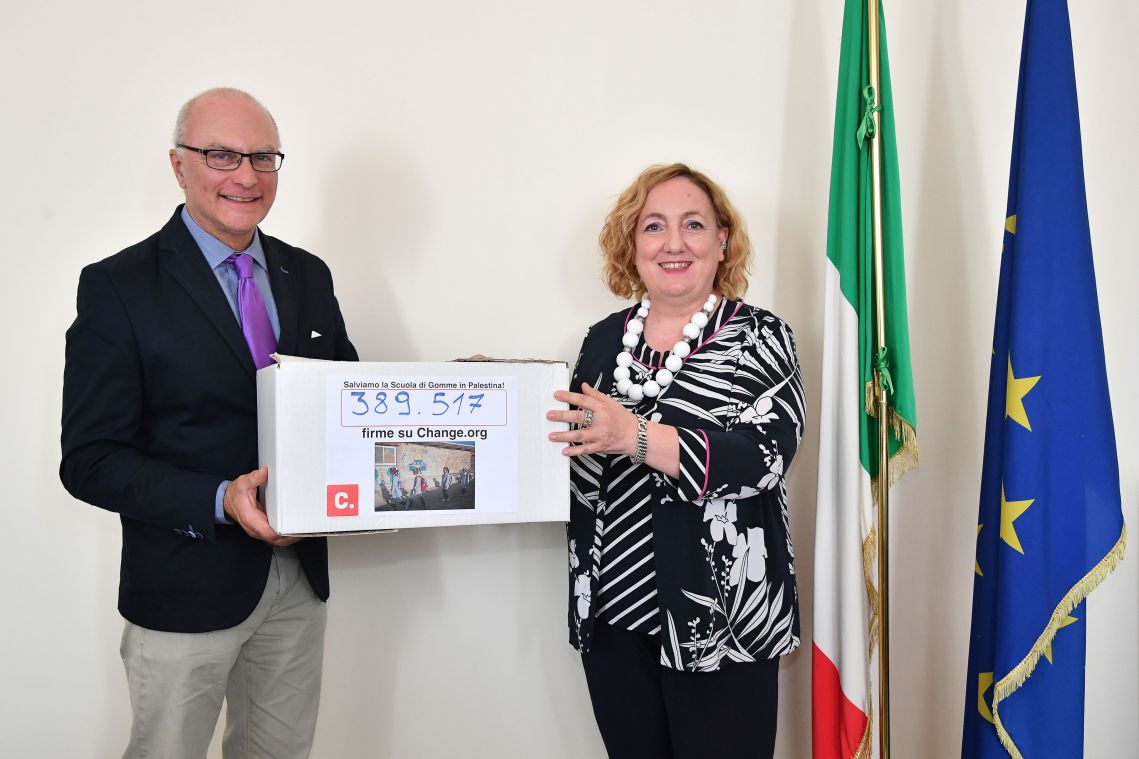