The Deputy Minister for Foreign Affairs and International Cooperation,  Emanuela Del Re, attended  today,in Rome's Campidoglio, the celebrations for the 100th anniversary of the International Labour Organization. The Mayor of Rome, Virginia Raggi,opened the event, which was closed by Prime Minister Giuseppe Conte. During her address, Deputy Minister Del Re highlighted that Turin has been the home, since 1964, of the ILO International Training Center. "By hosting the ILO Center in Turin, the United Nations food and agricultural agencies based in Rome and the logistics base in Brindisi, Italy proves to be factually committed as a country open to the world," said Mrs Del Re.

"Despite some difficulties in the United Nations mission to ensure peace, security and stability in some fragile areas in the world, our country has provided a solid anchorage for these international organisations in the pursuance of their aims, whcih is not only consistent with our set of values but is also instrumental to the fulfilment of our national interests on the long term," added the Deputy Minister. Mrs Del Re underlined that the Farnesina is a reliable and stable partner in many development cooperation initiatives conducted in conjunction with the International Labour Organization throughout the years. The Fund for Africa, is a more recent addition, with a special focus on migration issues with the aim of supporting ILO initiatives favouring the social and professional integration of migrants  upon their  return to some African countries."

"In 2019 as in 1919, Italy continues to promote,all ILO initiatives, ensuring growth and equality through labour. I am, therefore, grateful to the International Labour Organization for the successful achievements accomplished in these past 100 years." At the end of her address, the Deputy Minister said that Italy will continue to ensure its support to ILO in the future. 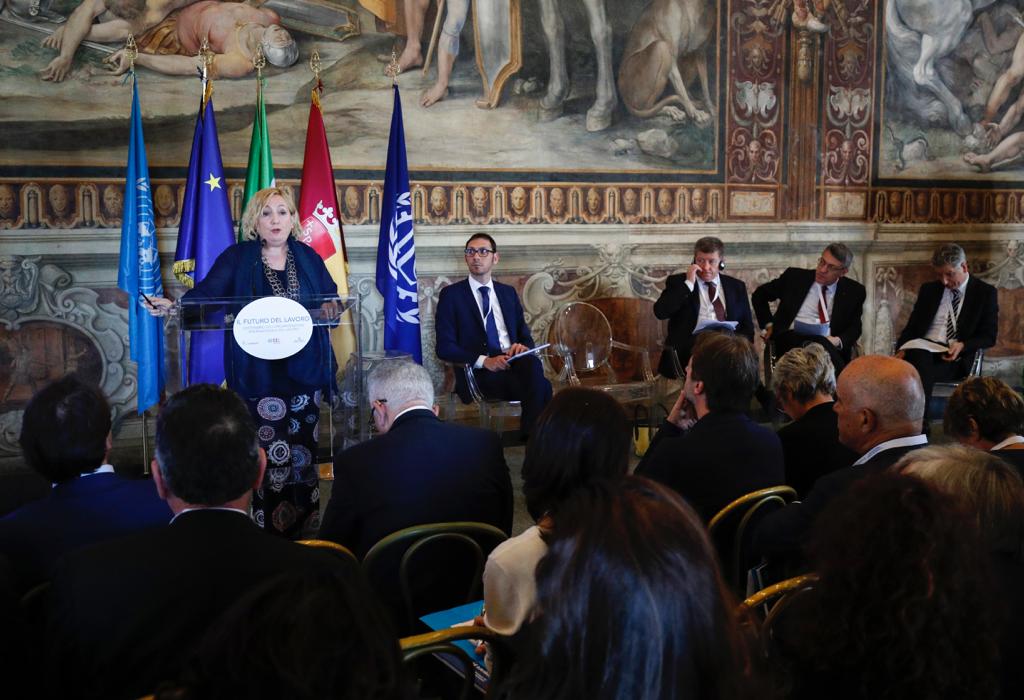