"The speeches I’ve heard at this Forum, which is now four years old, highlight two truly important messages: one is to promote the economic emancipation of women, during and beyond the pandemic, the other is how to increase the role of women in peace-building", said the Vice Minister of Foreign Affairs Marina Sereni, at the closing of the Fourth Edition of the Women's Forum at the Med Dialogue 2020.

Ms. Sereni explained that “Italy had launched the Mediterranean Women Mediators Network, already in October 2017, to significantly boost the participation of women in peace processes, their mediation and peacebuilding efforts in the Mediterranean region, which is essential for global peace and stability. So far, we have achieved very heartening results, but we must be aware that a lot remains to be done. However –  the Vice Minister continued – let us also consider the encouraging signs we have, some examples of which are the important role of Yemeni women in promoting peace in their country, the participation of Libyan women in the Political Dialogue Forum and the establishment, in July 2019, of the Network of Women Mediators of the Arab League. I would also like to mention the now upcoming Italian Presidency of the G20. People, Planet and Prosperity are the three pillars of our agenda, each of these issues should also include women's empowerment".

"Women can be powerful agents for proactive change. It was the iconic image of a woman, for example, that attracted the world’s attention to last year's revolution in Sudan: a young woman dressed in white, standing on top of a car, surrounded by a group of protesters. We must continue to work together – Ms. Sereni concluded – to achieve our common goals". 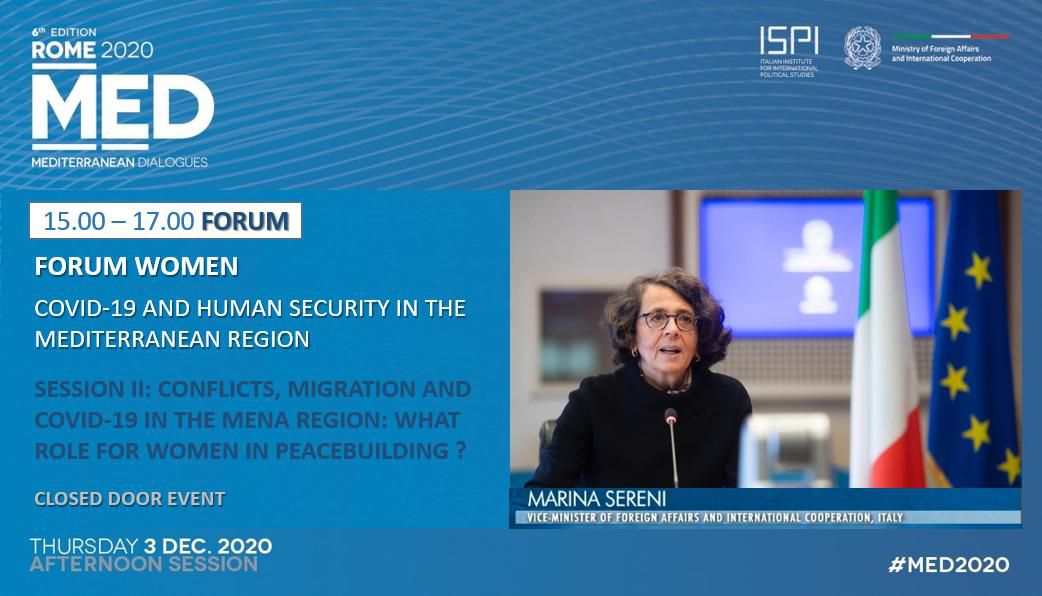