Gentiloni: meeting with the Minister of European Union Affairs and Chief Negotiator of the Republic of Turkey

The Minister of Foreign Affairs and International Cooperation, Paolo Gentiloni, today received at the Ministry the visit of the Minister of European Union Affairs and Chief Negotiator of the Republic of Turkey, Volkan Bozkir. The meeting offered the opportunity to exchange opinions and an updated evaluation of the migration emergency and the Syrian crisis.

Mr Gentiloni defined “strategic” Turkey’s role in managing the phenomenon and especially in loosening tension on the Schengen area. He said: “Italy confides in the capacity of Turkish Authorities to further intensify the already sizable efforts made to control irregular flows which still concern a dramatically large number of people.” The two ministers expressed the hope that the Geneva negotiations might become a first fundamental and priority step towards finding a solution to the Syrian crisis, also in view of the fallout that the situation in Syria has on migration phenomenon and on the instability of the Middle East. 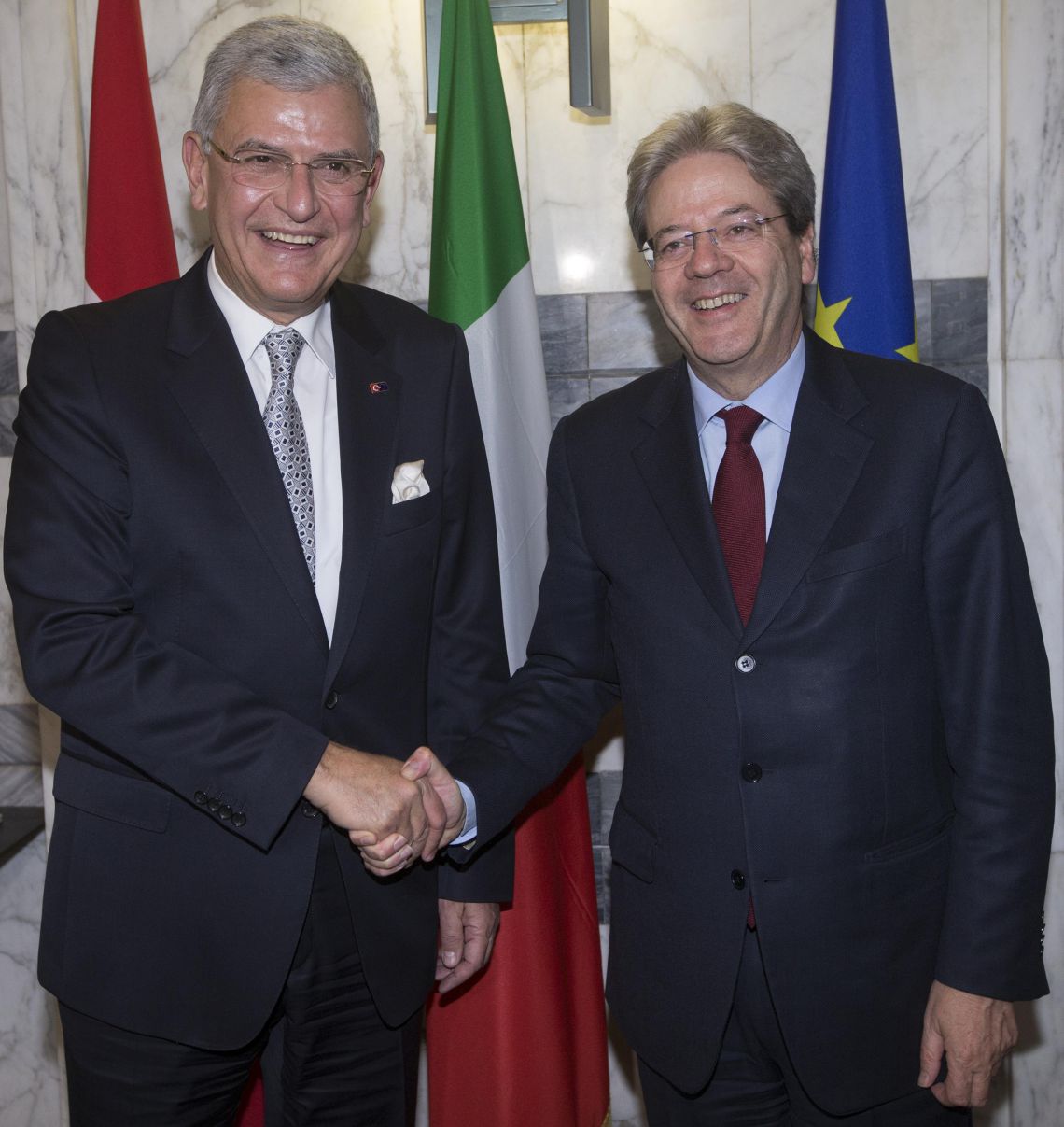