Today’s meeting is the second in a month after the one held in New York on the sidelines of the United Nations General Assembly. Moreover, Prime Minister Giuseppe Conti visited Addis Ababa and Asmara less than two weeks ago.

This is principally proof of Italy’s firm support for the reconciliation process between the two African States that led to the recent peace agreement, which is already having a positive fallout over the whole region. The three ministers also expressed the hope of being able to work together on the stabilisation of Somalia.

Minister Moavero recalled Italy’s closeness and friendship with the two Countries and assured that Italy is ready to support their economic growth and sustainable development with an articulate strategy based on three possible initiatives.

First, an industrial cooperation and investment strategy that includes infrastructure projects to facilitate the upgrade of connections between the two Countries, energy production facilities, especially from renewable energy sources, and relaunching tangible actions promoting sustainable and inclusive development trends. Second, further strengthen trade relations between the two Countries, also with a view to promoting a future free trade and regional integration space under the name of “Horn of Africa”. Third, promote cooperation in the field of culture in order to foster mutual knowledge of the past and present creative talent of the people of the three Countries, with a special focus on education and vocational training as creating opportunities for young generations.

Lastly, the ministers underscored the importance of supporting the removal of the 2009 United Nations’ sanctioning mechanism against Eritrea as the first step in promoting the reintegration of Eritrea into the International Community. 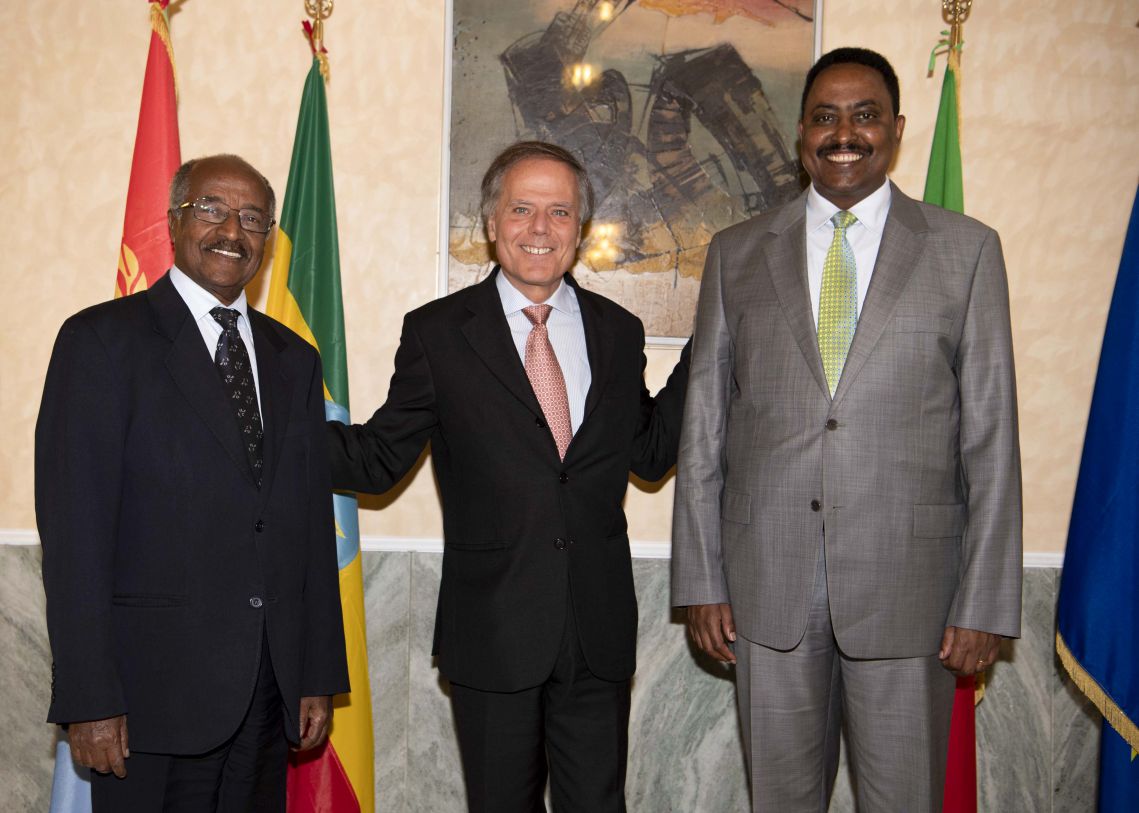